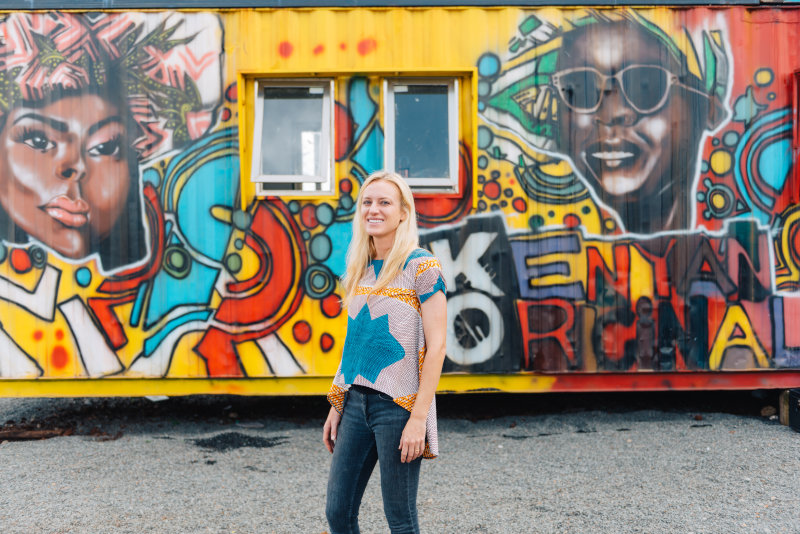 In 2017, Alexandra Chappatte left her job as head of marketing for alcoholic beverages giant Pernod Ricard in West Africa and began building Kenyan Originals, a brand specialising in craft beverages made exclusively from fresh Kenyan ingredients.

From its origins as a single person operation based out of an old shipping container, the business is now registering around $1 million per year in revenues across three separate product lines – fruit-based ciders, tonics and ice teas – and aims to become Africa’s leading craft beverage company within the next five years.

Chappatte revealed to How we made it in Africa some of the challenges she faced along the way, and what she would do differently if she had to do it all again.

What was the problem you were trying to solve in starting Kenyan Originals?

I moved to Kenya from West Africa, and I was amazed by how fertile the country is. It’s an oasis for anyone looking to produce food products. But there is a limit to what you can buy – traditionally food has been either mass-market or expensive and imported. The middle section in between has grown over the last few years, but it is still quite niche.

Another factor is food wastage which is a huge problem in Kenya. Supply is not much of an issue – there is a huge excess, for example, in mango production. But over 50% of fruit produced goes to waste. The big challenge is being able to convert fresh fruit into something that will hold for the next 18 months, but there is very little infrastructure in terms of logistics or cold storage, and very little processing.

We didn’t set out to do craft beer specifically – we just wanted to create something that would appeal to the local palate and would have a positive societal impact. We looked at a few different food and drinks products and it just happened that we settled on drinks.

We found that drinks worked well because, whilst fruits bought for export have to fit a certain aesthetic standard, we don’t really care how it looks. We just care how it tastes.

It also enables us to promote the circular economy – a lot of the pulp which we produce as a by-product is perfect for animal feed, and we end up giving that back to farmers.

You had previously worked for big consumer goods companies such as Pernod Ricard, AB InBev, and Nestlé. How did that help you when starting out?

Whilst it’s useful to understand the basic principles, it’s a very different environment to where I was working in West Africa and I’m not sure how much knowledge was transferable. Some might say the experience was a hindrance.

The most useful skillset I built up in the FMCG majors is brand building – and storytelling. At Kenyan Originals, I am often the one crafting the brand behind the scenes, making sure the brand message is consistent. 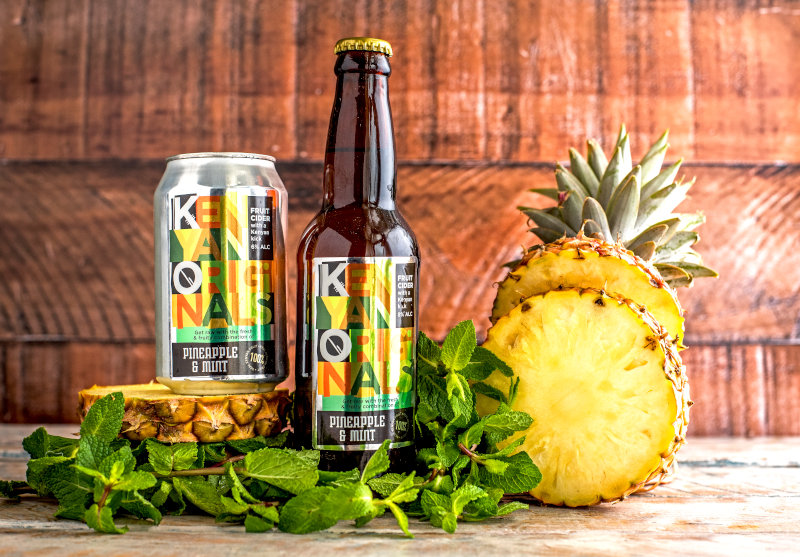 Kenyan Originals have a very distinctive brand image. Can you talk more about how you curate this?

Our primary market is the movers and shakers, the cool kids in Nairobi, who we called the ‘Kenyan Originals’. These are mostly millennials, active on the creative scene, and wanting to shape the narrative around modern Kenya.

We wanted to embrace that creative spirit and give the ‘Kenyan Originals’ a platform to express themselves. I spent a lot of time in matatus (public minibuses that are often painted with vibrant colours and slogans) and ended up being introduced to a number of matatu artists via a TV show. It all just snowballed from there – we started working with some really great artists, like Brian Omolo who does all our labels, and David Avido, who does our merchandise. Now we’re doing different collaborations with all kinds of artists via our social media channels, and we are getting more and more people reaching out organically.

Having said that, digital can only go so far. We invest in physical initiatives too – most of our marketing spend goes on getting people to taste the brand. I think it’s important that you get it out into the market and test with real customers as quickly as you can, because when people are paying for the product, the feedback is more honest.

You were really creating something new for a lot of consumers. How did you go about increasing recognition and market acceptance of these new products?

We made sure not to create something completely new. If you can lean on an existing platform, it’s much easier to get consumers to understand where the product sits. So even when you have a new product, it is important to couch it in a way that is familiar to customers.

Timing has really helped us here. Tusker launched the cider category in Kenya two years before we started. They didn’t do phenomenally well but it helped to introduce the customers to the concept. Since then there has been a lot of growth in cider, but it has all been apple. So we were able to ride on that trend but do it with different fruits.

There’s also been a lot of growth in the craft world. Four years ago there was no-one, now there are big craft beer breweries gaining traction, like Bateleur Breweries, 254 Brewing Co and Sierra Brasserie. We see them more as collaborators rather than competitors. Our growth would have been much more difficult without other companies helping to expand the space.

Ultimately though, the most important thing is taste. If we’d just tried to take something from abroad and copy it I don’t think we’d have been so successful. The Kenyan palate is very sweet, and people are brought up on fresh fruit so they can taste when the flavours are artificial. We started by basing our ingredients on the flavours our customers already knew and liked – we know, for example, that apple mangoes are the sweetest variety, or the pineapples from Kisumu are the juiciest. 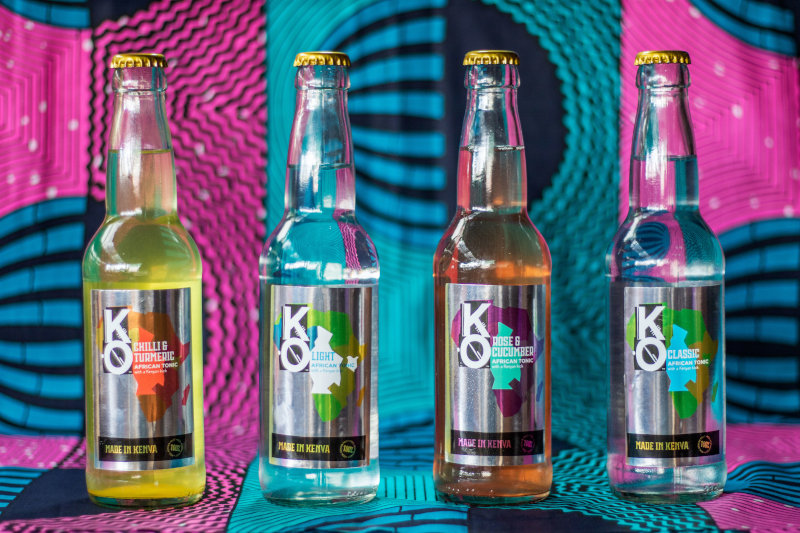 In addition to fruit-based ciders and ice teas, the company also produces a range of tonics.

How do you see the business growing over the next few years?

2020 was initially quite flat in terms of growth. A lot of smaller retailers were forced to close. It forced us to pivot more towards off-trade (supermarkets and wine and spirit retailers) which was not actually a bad thing as they tend to be better at paying compared to on-trade (bars and restaurants). Right now off-trade is where most of the growth is.

Since July we’ve had double-digit sales growth every month, and it’s very much sustainable growth. We’re looking ahead to a second fundraising in order to launch a spirits product line next year. The goal is to build a $25 million revenue business over the next five years.

Are you looking at expanding into countries outside of Kenya?

We think the story has legs abroad but our strategy right now is to focus on Kenya and the East African Community. There are more than enough outlets in Kenya for us to meet our revenue goals based solely on domestic sales.

Rather than taking one product and going global, we’d rather focus on breadth and do the portfolio strategy well and be able to deliver great brand standout on shelves due to our various product lines.

Would you consider venturing into cultivating the fruit that goes into your drinks?

Whilst we are looking to own a lot of the value chain, one thing we are not looking at doing is owning the primary supply. We’ve spoken to a number of people who have tried this, but they all advised against it. It’s difficult to do it well and besides, supply of ingredients is not a huge concern for us under the outgrower model, even once we scale.

What lesson have you learnt from building up Kenyan Originals? What has and hasn’t worked well?

I definitely think it’s important to focus on the unsexy stuff. In my case there was no-one who had really done cider making in Kenya, so I was building everything from scratch. In any business there is a lot of nitty-gritty, roll-your-sleeves-up work, and it’s very hard to hand this stuff off to someone when you’re the first person who’s doing it.

What has worked well has been the piecemeal bootstrapping on production size, because I’ve had to revise the products quite a few times. If I’d started with a beautiful brand spanking new setup at the outset, it would be the wrong setup for what I need now. And the fact that I didn’t seek outside funding straight away means I am still the majority shareholder.

What I didn’t do well was failing to get the senior management team in earlier. If I had hired positions like head of finance, head of commercial, and head of operations sooner, we would have grown quicker, and made fewer mistakes along the way. It took getting pregnant and having a child to force me to hire the right people and delegate. If I hadn’t been pregnant I think I would have waited another year before building the senior management team. With hindsight, I would definitely have done it earlier than I did.