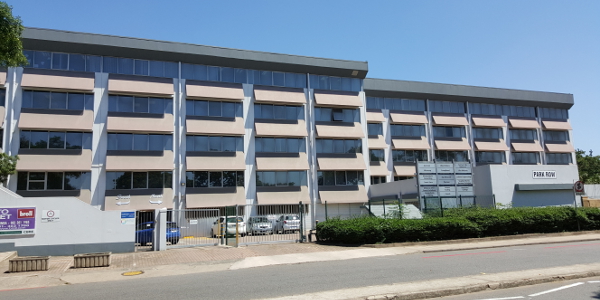 An office block in Pinetown was one of the properties sold on auction.

Notwithstanding a tough economic environment with low economic growth and rising interest rates, investment sales nearly R2bn were achieved by the Broll Property Group in the past year.

Nationally, the Broll Auctions and Sales achieved in excess on R1bn worth of commercial property sales while the broking division achieved sales in excess of R840m.

“The sales achieved are testament to continued investor appetite for high-quality and correctly-priced assets across all sectors,” says Group CEO, Malcolm Horne of the Broll Property Group.

He notes that activity in the market has been driven by some listed funds disposing some of their non-core assets, while others were making new acquisitions with some unlisted funds and private investors looking to add to their portfolios.

Sean Berowsky, Head of Broking at Broll says: “We still see the listed sector, large privately-owned funds and institutions selling non-core South African assets through the remainder of 2016 with an acquisitions focus on currency hedging and yield accretive plays in Europe, Australia and Africa.”

This is because there is limited quality stock available, as a result, some listed funds would not be selling their prized assets, thus offshore investments will be appealing.

The successful integration of Broll Auctions and Sales into the Group has brought enormous confidence back into the auction space in South Africa.

“Our auction business achieved phenomenal results during the year, and has allowed the Group to provide buyers and sellers with a credible platform to sell or buy assets through dedicated auction and investment divisions with an outstanding track record,” says Horne.

Among deals done during the year, he notes that nationally, sellers included private treaty transactions, blue chip companies such as Momentum and listed property funds such as Fortress Income Fund Limited. Notable sales include a shopping centre in Queenstown and the sale of an office block in Durban for SA Corporate Real Estate Fund.

“During our recent auction in June, we had the most interest in residential blocks. We had four prime buildings in the greater Johannesburg CBD area with one being sold pre-auction,” says Stephens.

“Residential blocks are currently in demand at auctions as these assets offer resilience in tough times – and the upcoming auction on 27 July has some residential blocks, a shopping centre, some office blocks and industrial units,” adds Stephens.