British high street footwear brand Clarks is set to double the number of stores it has in Africa over the next year. Clarks will open standalone outlets in Ghana, Tanzania, Uganda, Ethiopia, Namibia and Botswana. The shoe maker will also increase its presence in countries it already has stores, such as Kenya, South Africa, Egypt, Morocco and Algeria. 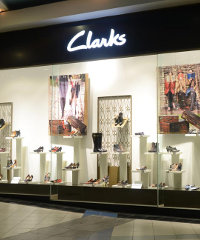 Clarks wants to double its number of stores in Africa.

The company is targeting upwardly mobile clients with an eye for stylish British shoes. At its new store in a mall in Nairobi a pair of shoes retail for around US$100.

Company president for the Middle East and Africa, Irfan Porbanderwalla, tells How we made it in Africa they intend to have stores in countries where “retail is evolving”.

“Africa is an important growth strategy for Clarks. Africa is moving from bazaars to high streets and shopping malls. We want to be part of that revolution and growth,” he explains.

Clarks was established in 1825 by brothers James and Cyrus Clark. It is one of the leading global footwear retailers with sales in excess of £1.4bn (about $2.24bn).

Although Clarks is “expanding quite heavily” in Egypt, Algeria and Morocco, Porbanderwalla says it has been challenging to do business in some countries in North Africa post the Arab Spring.

“There is always something going on in the region. The security and safety of our staff, partners and our brand is pivotal, so we will not go where the risks outweigh the opportunity. Libya is one of the countries we entered very recently, and we had been studying the market before the recent events. We are of course concerned about what is going on there.”

Since August, Libya has endured heavy fighting amongst Islamist terrorists, Arab nationalists and regional militias. Parts of the country are now under the control of terror groups.

To launch new stores, Clarks works with franchisees involved in retailing such as supermarket chains. Porbanderwalla notes their partners’ local knowledge and understanding of the market and consumers comes in handy in decision making, particularly in volatile environments.

“We will not open in areas that are prone to attacks. We will go into safer places within the region. We don’t want to expand for the sake of expansion,” he adds. “Thankfully the situation in Algeria and Morocco has settled. Egypt is stabilising and we are trying to avoid obvious areas which we don’t have to be in. In the capital and in key cities where it is not that risky, we feel okay to venture in.”

By the end of next year, Clarks plans to have a total of 25 stores in Africa. Although in some markets, such as Turkey, Clarks operates its own stores, that model won’t be used in Africa just yet.

“In Africa it is challenging because it is new to us. We believe that the quickest route to market is through a franchisee because they are on the ground and understand the psyche and consumer sentiments. It is better to work with partners as opposed to setting up on our own without having enough knowledge,” he says.

In East Africa, for example, Clarks has partnered with regional supermarket chain Nakumatt Holdings. The two companies launched the first Clarks stores in Kenya in September 2013 and have since sold over 18,000 pairs of shoes. They now operate four stores in Nairobi with plans to launch two more in the city.

Porbanderwalla notes that e-commerce is an important part of the shoe maker’s strategy. However, it is evaluating whether to work with third party online retail platforms or to build its own e-commerce sites.

Some of the challenges Clarks has faced in Africa include high import and freight costs. “There is significant red tape that we have to go through just to get products into the market. And it is also challenging to get quality locations and the right partners,” he notes.