Two weeks ago a retail outlet of the US cosmetics brand MAC launched in Nairobi, the first in East Africa. For Joyce Gikunda, the proprietor of the store, bringing the global brand to Kenya is fulfilment of a 13-year dream. “I have reached the highest echelon of my career. Now that MAC is here I am fulfilled,” she says. 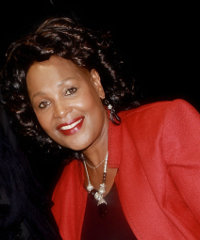 For a long time Gikunda aspired to stock products of Estée Lauder which owns multiple brands, including MAC and Clinique. But although customers demanded the products, Gikunda says the company was hesitant. For 10 years she made applications to their New York headquarters to no success. “Briefcase products” were available in the market, brought in by traders who sourced from retail outlets in Europe and the US, but Gikunda wanted to deal directly with the company so as to get training and merchandising support.

“But they kept telling us they were not ready for Africa. When an office was opened in Dubai I flew there to plead my case, but they were still not ready. I came back disappointed,” Gikunda recalls. “And when they opened an office in South Africa we pursued them again and finally the dream came true. In 2012 they launched two-full service counters with a range of their skin care, make-up and fragrances at Lintons.”

Although she could now stock a variety of Estée Lauder products, the MAC brand was not part of the deal. So Gikunda started pursuing MAC, which is in high demand among upper-middle class and wealthy women. She describes the target clientele as well-travelled, appreciative of quality, and eager “to be in vogue. Being in the MAC club is a status thing”.

A MAC lipstick at the new outlet costs around Ksh.2,400 (about $27) while foundation retails at Ksh.4,000 ($45). Since it opened, Gikunda says there has been a constant stream of clients coming in to test and buy products.

“Some would even buy five lipsticks of different shades for variety. MAC is in great demand here but to get a franchise you really have to prove yourself worthy,” she says. Support from the company has been overwhelming, she adds, noting that advisors were sent from New York, France and South Africa in preparation for the opening of the store.

Gikunda graduated as a pharmacist, but she believes her destiny was not “to give people tablets, but to make people beautiful”. Together with her husband they set up a small pharmacy in 1983. They later expanded by buying another struggling chemist. The new outlet, named Lyntons Pharmacy, also stocked veterinary products, which Gikunda phased out and replaced with cosmetics.

“My focus shifted from counting tablets at the back of the pharmacy to offering women advice on their skin. I was creating waves in the medical field. Some of my professors told me I was embarrassing them because cosmetics are not what they expected to find in a pharmacy,” she recalls.

But customers soon embraced the model because at the time cosmetic products were only available at small corner shops. She realised there was a bigger opportunity in cosmetics, so set up Lintons Beauty World.

In January 2013, the Gikundas sold their pharmacy chain to focus on the cosmetics business, but eight months later one of their biggest stores was destroyed at the Westgate mall terror attack.

They are expanding Lintons Beauty World in upcoming shopping malls and plan to launch two more MAC stores next year.