Angola has the third largest domestic market for alcoholic beverages in sub-Saharan Africa after South Africa and Nigeria, yet despite this it still has significant growth potential. 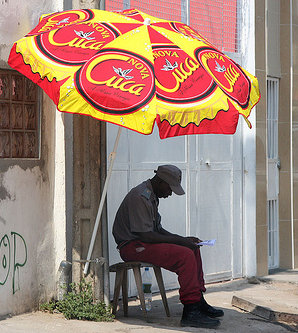 Nigeria, which is second only to South Africa, has immense potential, however, installed capacity is currently meeting demand.

Angola’s market is undersupplied, and the monopolistic brewer, Cuca, has grown exponentially in the six years since privatisation. With stabilisation, Angola is looking to open up its beverages market and the entry of heavy weights, SABMiller (South Africa) and Unicer (Portugal), is set to boost domestic supply as there is still a massive deficit, currently being met by imports.

Angola’s higher than average per capita consumption at over 29 litres per person per annum is testimony of the booming real economy, driven by seven years of strong double digit growth.

As the country rebuilds itself, the appetite and ability to accommodate higher levels of consumption will develop further, especially as the agricultural sector recovers and starts contributing meaningfully to GDP.

Cuca – the lion’s share of the market bar none

Cuca is Angola’s largest beer and beverages manufacturer, boasting a 90% share of the local beer market, distributed country wide under the brands Cuca, Nokal and Eka.

The company is owned by the French beverages giant Group BGI (Castel), who has a partnership with the MPLA’s financial investment company, GEFI.

The group consists of seven factories and 4,000 employees. In 2002 the Cuca factory in Luanda was privatised, then in 2003 the Nokal (Luanda) brewery was acquired, quickly followed by the acquisition of Eka (in Dondo – Kuanza Norte) in the same year. In 2004 the Soba brewery in Catumbela was opened in the Benguela province that started production with an installed capacity of 600,000 hl per year.

In 2005, yet another brewery was opened in the Cabinda province, and the latest development was the construction of a new plant called Cobeje (Bom Jesus in Bengo), which started production in under five months. In less than a year, the brewery’s production reached 1.3m hl per year, taking the total group capacity to 6m hl.

The biggest constraint for the brewery sector is the sourcing of raw materials which are mostly imported. The resuscitation of the agricultural sector will, with time, improve local availability of raw materials.

Unicer is the market leader in Portugal with a market share of 51.3% in 2008. In Africa, Unicer’s strategy is to consolidate its position in Lusophone countries (Angola, Cape Verde, Mozambique, and Guinea Bissau), where it has a marked legacy/language advantage.

On 29 January 2009 Unicer announced plans that it would commence the construction of a 2m hl brewery in Angola with an initial €120m investment. The group’s application to open up a factory was initially presented in 2005, however, the pre‐requisite of a local partner had not been met. Three Angolan partners have since been shortlisted for this project and the brewery should commence production in 2011 and is expected to reach full production by 2013/2014.

Unicer is the largest Portuguese beverages exporter to Angola, representing 70% of the total beer imports into Angola. In 2008, Unicer imports into Angola reached a figure of 1.33m hl (about 1,200‐1,500 containers per month), of which 1.08m hl was beer in the guise of Super Bock, Cristal and Carlsberg and the balance, 25m litres, was fizzy and still water under the Caramulo brand.

SABMiller, the world’s second largest brewer, has had an active presence in Angola for a while, but since 2008 the operational presence and activities have been stepped up considerably.

SABMiller operates in both the CSD bottling and beer brewing markets, with an installed capacity of 2.5m hl for soft drinks and 0.82m hl for lager. The group operates through the following companies and has the following shareholdings, with the remainder being owned by local Angolan shareholders:

The group has a new 2m hl soft drinks facility in Luanda, which will alleviate the reliance on imported product.

In the 2009 financial year, the lager business continued to perform well with volume growth of 31% following investment in new capacity. The brands marketed in Angola include Castle, Carling Black Label, and Redds. The group also has a partnership agreement with the BGI group to distribute Cuca products in the Malanje region.

SABMiller has commenced the construction of a brewery in North Luanda which will allow them to compete in the fast growing beer market in that part of the country. The group has announced plans to invest US$125m to set up a brewery employing 500 people and with a capacity to produce 600,000 hl per year. The commissioning of this brewery commenced in late 2009.