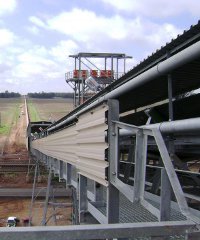 In 2009, a team from Zest and WEG successfully commissioned the longest VSD-driven conveyor in Africa for Anglo Thermal's Zibulo Coal Mine near Witbank in Mpumalanga.

Zest Group is WEG’s partner in South Africa, importing and distributing the Brazilian firm’s products. Zest’s customer base is formed by major companies operating in South Africa, among them firms in the mining, oil and gas and energy segments.

WEG’s chief executive officer, Harry Schmelzer Jr., highlighted the attractiveness of the transaction, asserting that “South Africa is already an important market and the prospects are that the country and continent will continue to grow above the world average”.

Schmelzer stated that “the work done by Zest Group in the South African market was truly remarkable. We believe the combination of this team of people and the direct involvement of WEG will form a strong recipe for continued growth and enable us to seize larger opportunities, expanding [the] business throughout the African continent.”

He also highlighted the possibility of using WEG’s experience in other markets to further develop its presence in South Africa.

Zest Group, which recorded revenues exceeding US$200 million last year, will be incorporated into WEG once the transaction is concluded, becoming WEG’s twenty-fourth subsidiary abroad. “This is another important step in WEG’s internationalisation strategy,” Schmelzer added.