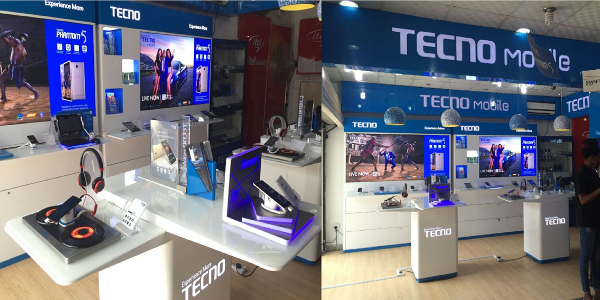 Stiff competition and the ever-changing needs of consumers mean that succeeding as a start-up is difficult. Statistics from Fortune Magazine indicate that nine out of 10 start-ups in sub-Saharan Africa fail. The US Census Bureau reports that 400,000 new businesses are started there every year, while 470,000 struggle to stay afloat.

Though the numbers are scary, they give insight into the fierceness of the modern market place. The good news is that innovative businesses are surging ahead in spite of tougher competition, segmented markets and evolving consumer preferences.

Multinationals like Cadbury, Coca-Cola, Nestlé, and Procter & Gamble have gained prominence in Africa over the years – thanks to their dynamism, innovation, experience and people. Surprisingly, new market entrants such as Google, Facebook, Uber, and telecoms multinational TECNO have also, over a short period, been able to consolidate market presence.

The growth of the TECNO brand from the low segment of the mobile market, to a highly-competitive high-end smartphone leader, demonstrates nothing short of a marketing brilliance.

The rise of Africa’s leading mobile brand: A case study on tech-innovation success

Back track to 2006, when TECNO entered African markets with its revolutionary dual-SIM technology. Initially, the mobile maker struggled with negative consumer sentiments. This was especially true in Nigeria, where mobile users considered TECNO products to be substandard. Fast-forward to 2016 and TECNO brand has completely evolved – a leader in smartphones; the brand rolls out products year-on-year with good reviews across the board.

In the Nigerian mobile space, an estimated six out of 10 persons use a TECNO mobile product. This means that TECNO smartphones are now the consumer’s preferred mobile. The brand’s different product lines, namely TECNO Boom, CAMON and the TECNO Phantom series, have become very popular with mobile consumers, tech analysts and enthusiasts. Presently, TECNO smartphone products can stand head-to-head with top smartphone competitions in Africa. 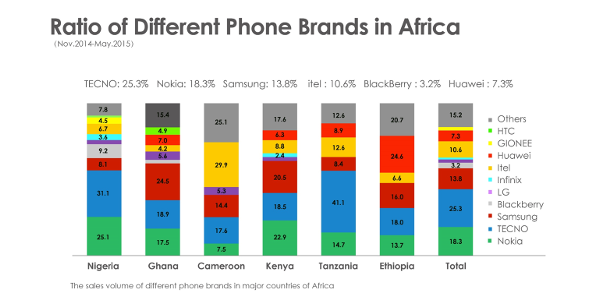 A report on the sale volumes of mobile phones for November 2014 to May 2015, released by a Nigerian-based research agency, puts TECNO on top in most African markets. The report also reveals that TECNO sold more mobile phones in Nigeria and Tanzania than any other OEM company over the review period. TECNO comes in at second position in Ghana, Cameroon and Ethiopia’s markets. It maintains third position in Kenya, behind Nokia and Samsung. 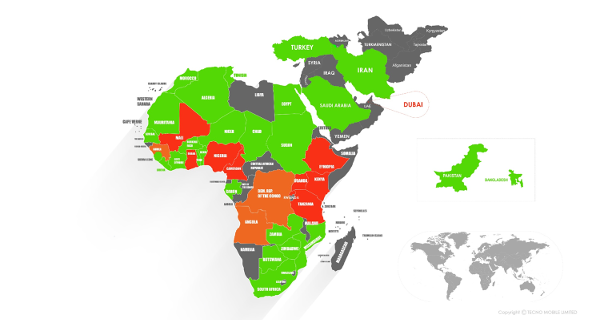 The main markets of TECNO Mobile.

Overall, the research reveals that TECNO controlls 25.1% market share in six countries. While the report didn’t account for sales performance in further countries, it hinted at TECNO’s popularity in Africa and other places where the brand is sought-after: the Middle East and South Asia.

Corporate social responsibility (CSR) is a success template that several leading global companies have adopted, and it proves to be good for brand marketing, too. TECNO has imbued the CSR culture into its business module across markets. Through innovative projects such as the Light Up Ikeja initiative, executed in the first quarter of 2016, TECNO is changing lives.

As part of Light Up Ikeja, more than 80 solar-powered streetlights were installed in Ikeja’s electronic market, (commonly referred to as Computer Village), to help with security challenges in the area. Other CSR projects executed by TECNO include scholarships for pupils in public primary schools in Nigeria (Lagos) and support of the Michael Essien Foundation in Ghana. 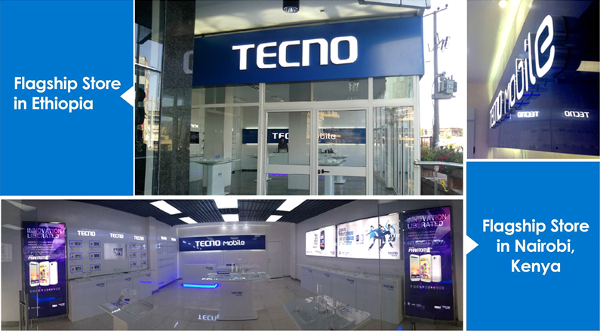 The results speak for themselves. Brands that are dogged, innovative and visionary have a way of beating the odds that seem set against start-ups, while consolidating market share. TECNO has proven to be the smartphone constantly evolving to give consumers more value. The international launch of TECNO’s next flagship, the TECNO Phantom series, in Dubai this September could open a new global chapter for a mobile brand that has proven the African markets to be the best training ground for globally competitive multinationals.