They say that beer brands are all about image. To some extent that is true, but it does undervalue the craft of the brewer. A craft we should encourage, especially in Africa, where lager is king, and many of the brewing traditions and tastes we enjoyed 70 years ago have been swept away. 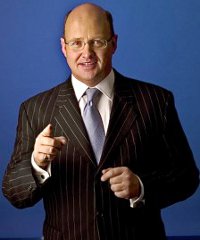 But that image doesn’t always have to be super premium. There’s clearly a segment of consumers for whom ‘reassuringly expensive’ presses a button. But in beer, as in many other spheres of brand activity, lower cost offerings have mass appeal.

Oettinger Brauerei is a brewery group in Germany. Since 2004, when it overtook sales of Krombacher, Oettinger has been Germany’s best selling beer brand with an annual output of over 6.6 million hectolitres. That’s a huge volume of communal singing, sideways marching, and Teutonic headaches.

Oettinger sells large amounts of beer for the lowest possible price. It is rarely found on tap in pubs and bars, as most of it is sold bottled in supermarkets. Oettinger uses several strategies to keep beer prices low:

The Tata Nano, the world’s cheapest car, became a symbolic brand before the first one rolled off the production line in 2009. The Tata group hyped it as the embodiment of a revolution. A movement of frugal innovation that would put consumer products within reach of ordinary Indians and Chinese. The cost savings, they said, would be so huge that frugal ideas would conquer the world.

Asian engineers, claimed Tata, would reimagine Western products with all the unnecessary frills stripped out. I wish them luck with the Range Rover…

Alas, the plucky little car was dogged with problems from the first. Protesting farmers forced Tata Motors to move production out of one Indian state and into another. Early sales failed to catch fire, but some of the cars did, literally! Was frugal innovation being oversold? Can Western companies relax?

Two new books – “Reverse Innovation” by Vijay Govindarajan and Chris Trimble, and “Jugaad Innovation” by Navi Radjou, Jaideep Prabhu and Simone Ahuja – suggest that the answer to both questions is No.

These books show that frugal innovation is flourishing across the emerging world, despite the gurus’ failure to agree on a term to describe it. They also argue that it will change rich countries, too.

Some multinationals are beginning to take ideas developed in the emerging world and deploy them in the West. Harman, an American company that makes infotainment systems for cars, developed a new system for emerging markets, dubbed “Saras”, the Sanskrit word for “flexible”, using a simpler design and Asian engineering. Toyota is now a customer.

China’s Haier has undercut Western competitors in a wide range of products, from air conditioners and washing machines to wine coolers. Haier sold a wine cooler for half the price of the industry leader. Within two years, it had grabbed 60% of the US market.

The West is doomed to a long period of austerity, as the middle class is squeezed and governments curb spending. Spain and Portugal will soon join Italy and Greece in the deepening euro crisis. And at 25%, Spain’s unemployment rate is the same as South Africa’s. People affected will be crying out for new ways to save money. So the trend to frugality looks set to accelerate.

Globalisation is forcing Western firms to fight fire with fire to provide more perceived value for money. Logitech, an American firm, created a top-class wireless mouse for bottom-of-the-range prices when it took on Rapoo in China. PepsiCo, for example, has established an innovation centre in India. Western firms frequently fish in the global brain pool. Recently Renault-Nissan asked its engineers in France, India and Japan to compete on cutting costs. The Indians won.

Chris Harrison is the Africa and Indian Ocean Chairman of Young & Rubicam Brands. He lives and works in Nairobi, Kenya. www.chrisharrison.biz