Foreign companies doing business in Angola need to tailor their marketing and advertising specifically for the local market. 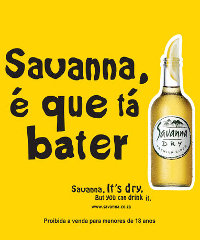 So says Hinré Smit, development manager for Africa at alcoholic beverages firm Distell. The South African company, owner of brands such as Amarula Cream, Savanna cider and J.C. le Roux sparkling wine, has been operating in the Angolan market for a number of years.

Speaking at a seminar in Cape Town, Smit said that companies cannot “copy and paste” marketing messages for Angola. “We’ve learnt that with a couple of expensive mistakes.”

Finding the right advertising agency can also be challenging, although the situation has improved. Distell had difficulty in securing a local agency because most were already involved with other alcohol companies, which created conflicts of interest. “We found that the South African agencies don’t really understand the culture and the language. So more recently we started to use Portuguese agencies. At least the Portuguese grammar, even though it is different from the Angolan grammar, is seen as the mother tongue, the correct way to speak,” Smit explained.

Distell also has a presence in South America and sometimes uses advertising originally designed for the Brazilian market. Smit noted that there is a strong cultural connection between Brazil and Angola.

She said television and radio are often better advertising mediums than billboards. “Billboards are very expensive . . . If you drive down Luanda you will just see them everywhere, mostly owned by the cellphone companies. You just disappear in the clutter. TV is better. It is actually cheaper for what you get, but of course you need to have Portuguese ads for that, and again that is a challenge for Distell.”

The company’s distributor in Angola, who has exclusive rights to distribute the company’s brands, also contributes to advertising and promotion costs.

Smit said that Angola is a very good market for Distell and that the people have a strong alcohol drinking culture.

She added that Angolans are very aspirational and image conscious. If products are priced too cheaply, many Angolans would doubt the quality.