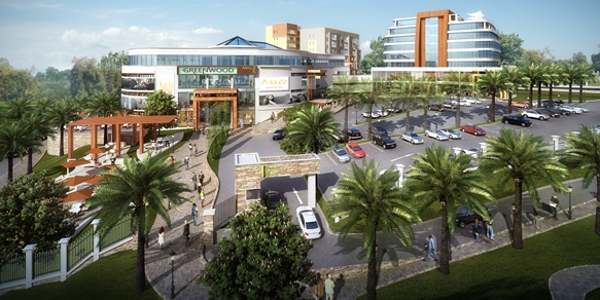 Real estate accounts for 85% of Kenyan company Fusion Capital’s investments, with commitments of over US$220m. The company credits its success in large part to seizing the opportunity presented by the devolution of Kenya’s government system, introduced in 2013.

Devolution divided Kenya into 47 parts, each with its own local government. This helped spur commercial activity and economic growth as government officials and others moved to the areas to take up newly created positions.

“We made a decision to go to the counties so as to capitalise on the first-mover advantage, by being the first developers to venture into those counties,” says Daniel Kamau, executive director of real estate at Fusion, adding that, “Land acquisition and ownership are also easier and better priced in the counties.”

Giving the example of Greenwood City – a development including a shopping centre, office block and apartments – in Meru County, Kamau explains why this is. “Meru is ranked the seventh fastest growing county,” he says. “The town has a 15% population growth size and an urbanisation rate of 11%, which is more than the national urbanisation rate of 4.34%. This shows how much potential there is in Meru. There is no other shopping mall in the town.”

Being the first development in the market also allows Fusion to tap into lifestyle brands looking to expand. This, in turn, opens the development to more tenants, reducing the risks. And the diaspora living outside the counties where they grew up are keen to own an investment in their home towns, says Kamau, further driving demand.

Fusion focuses on medium-sized projects. According to Kamau, the advantages of this are that, “The medium-sized projects are within what we have previously delivered, and the capital price is within what we can raise and pre-fund before breaking ground. In addition to the fact that you don’t end up struggling with demand by running an oversupply, the size also enables an exit within the investment horizons that our investors prefer. And we are less exposed to the litigation and political issues that large developments often face.”

In Kenya, the company has invested in office, retail and residential developments in Nairobi, Mombasa, Nakuru, and Machakos counties, with additional ones in planning stages in Kiambu, Uasin Gishu, Murang’a, Kajiado and Kisumu counties. Further afield, it has investments in Kampala, Uganda and Kigali, Rwanda. This last project is Fusion’s largest – called Kigali Heights, it is valued at $40m.

Kamau points out that retail development is the most lucrative sector, as uptake is guaranteed by pre-bookings from tenants, reducing the risks associated with low occupancy. This also makes it easier to meet any commitments on debt repayments.

The company raises capital from its founding shareholders as well as individual and institutional investors in both Kenya and Europe.

Moving into a new market hasn’t always been easy, says Kamau. When Fusion ventured into Tanzania’s commercial hub Dar es Salaam, the company learned that the country had stringent land-acquisition and ownership laws for foreigners. There were also restrictions on the significant majority ownership of equity, a factor that, Kamau explains, made the market less attractive to Fusion, which likes to maintain a controlling stake in all of its real estate investments.

Looking into the future

The company is aiming to become increasingly active in the broader east African market. It is considering mixed-use developments in Tanzania, Rwanda, and Uganda, as well as further residential and retail developments in the Kenyan counties. Fusion is also looking into built-to-suit model projects and student accommodation facilities, financed through public-private partnerships with county governments and direct partnerships with universities.