Resilient Africa is a joint venture between South African companies that are specifically focused on developing shopping malls in Nigeria, a market that is being targeted by an increasing number of foreign retailers. 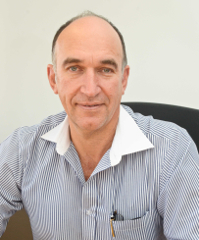 The partnership is a strategic move for Shoprite which will secure the anchor position in the 10 malls that Resilient Africa will develop.

“There are [currently] probably five malls throughout Nigeria; malls as we would recognise a mall,” Holden Marshall, managing director of Resilient Africa, told How we made it in Africa yesterday.

“The Nigerian market to date has working informal markets and department stores that are sort of standalone Nigerian traders. They are starting to get the feel now for malls and there is a massive growing middle class in Nigeria. They have a strong GDP of between 7% and 9%, and their middle class is growing at probably double that. So the demand for more formalised, call it western modern shopping, is massive.”

Although Resilient Africa is securing sites to develop malls in the popular retail hubs of Lagos and Abuja, it is also targeting a number of other cities. The city of Warri in the Delta State in southern Nigeria will see the Delta City mall completed by November of next year. Marshall added that the company has either secured sites, or are in the process of securing sites, in Asaba, Benin City, Port Harcourt, Owerri, Yenagoa and Abeokuta.

“Each governor of each state is responsible for the development of his state, and each governor now wants a mall in his capital city,” added Marshall. “So the demand is being driven from one sort of desire point of view of each state wanting to have its own mall.”

He added that the growing middle class in these cities are underserviced. “And that’s why the retailers are going there… [They] have got money to spend and are looking for good brands, a nice environment, and a modern facility. And that’s what we are hoping to capture and deliver.”

Leonard Michau, the head of the Africa operations for the commercial property services group, Broll, told How we made it in Africa that he believes Resilient Africa’s strategy of targeting these less developed cities will be successful. “A lot of the main private equity developers are not focusing on those areas because a lot of their mandates are focusing on the main metro areas. So I think for Shoprite and Resilient, and certainly in Nigeria, that strategy will work well for them, there is no doubt about that.”

Warri, where Resilient Africa’s first mall is being built, is seeing rapid growth and a good income per capita.

“That whole south Delta region of Nigeria, a large part of it is based on an oil economy,” Marshall explained. “All those cities in that region are growing exceptionally fast. In the last three years they have all sort of quadrupled in size. So Warri is quite a substantial city. [There are] indications of a population of 1.5m that is sort of countable but there are a lot more [people].” 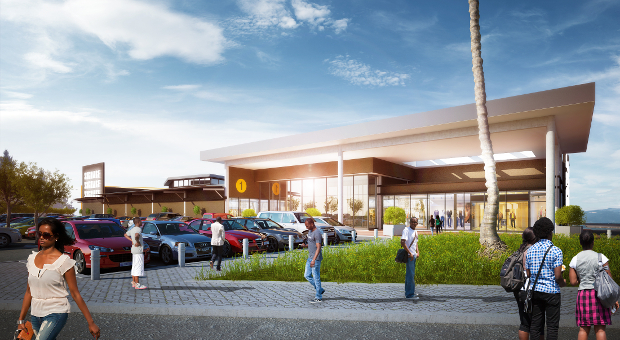 Marshall estimates that about 20% of the population have a good income. “So we have a target market in these areas of about 200,000-300,000 people that are the right profile for malls,” he continued. “And that is sort of applicable to all those capital cities in that [greater southern] area.”

Marshall said the interest they have seen from South African retailers looking to secure spots in Resilient Africa’s malls have been quite substantial in the last six months, including the Edcon Group, Foschini Group, Mr Price and Massmart. “There are about six or seven high street brands of South Africa that are expanding their side,” he added.

“At this point probably 40% of our malls will be occupied by recognised South African brands. And about 60% by Nigerian established retailers but most of them trading under master franchise agreements with European brands… you know, the Pumas, the Nikes, the adidas… The major sort of UK/European fashion brands are starting to establish themselves through master franchise arrangements with existing Nigerian retailers.”

Shoprite will hold the anchor position in all of Resilient Africa’s malls. The company has been rapidly expanding across Africa, and has close on 200 supermarkets in 16 countries outside of South Africa. Last week, Shoprite’s CEO Whitey Basson said the grocer is in the process of adding 37 stores to the seven it currently has in Nigeria. He noted that Nigeria can handle between 600 to 800 Shoprite stores.

Marshall said Shoprite develops formal retail infrastructure for its Africa expansion where it has to, but its partnership with Resilient Africa is a strategic move. “Their game is retail and that is what they want to focus on, so doing a joint venture with a developer assists them greatly with their rollouts,” he explained. “So the synergies are good.”

The shopping centres that Resilient Africa plans to build are not huge and will average around 12,500m². However, Marshall said their sizes are sufficient to capture their current markets and will have room to be expanded by between 18,000 and 22,000 m² at a later stage.

Marshall will be one of the panellists at next week’s Africa Property Investment Summit held in Johannesburg. The two-day event, taking place from 3-4 September, will be held at the beautiful Sandton Sun Hotel. For booking information visit www.apisummit.co.za.