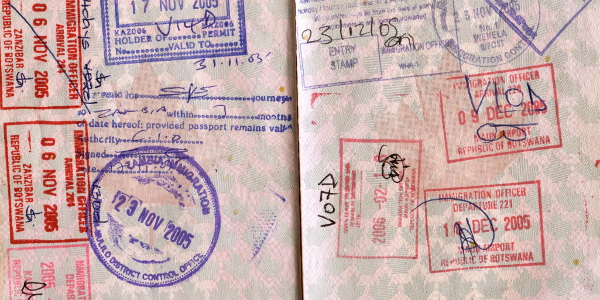 In July 2016, the African Union (AU) launched the AU electronic passport (e-passport). The flagship initiative stems from Agenda 2063, which envisions ‘an integrated, prosperous and peaceful Africa, driven by its own citizens and representing a dynamic force in the international arena’.

The idea is that the e-passport will facilitate the free movement of people, goods and services, which will in turn stimulate intra-Africa trade, integration and socio-economic development. In particular, the e-passport project seeks to further Aspiration 2 and 7 of Agenda 2063, which deals with African integration and unity respectively.

So what are some advantages of the Africa e-passport?

According to the Africa Visa Openness Index, on average Africans need visas to travel to 55% of other African countries. Of the 54 member states of the AU, only 13 offer visa free or visa on arrival to all Africans and only nine offer e-visas. Therefore, looking at the statistics, an African e-passport, if implemented, will indeed allow the free movement of people, goods and services in Africa. It will also end the cost and process of applying for a visa, amounting to considerable savings.

The African passport will allow greater employment mobility. This means that a person from one African country can work and live in any other African country that is a member of the AU. It will also foster entrepreneurship, business, diversification, and investment, which are all necessary for economic development. However, along with this must come better business-friendly environments, better regulatory and institutional frameworks, governance, infrastructure development, security and innovation across the continent.

What are some challenges and difficulties of the African e-passport?

Notwithstanding these advantages, there are several challenges of an AU e-passport. For one, the passport is currently only available to AU heads of state and government, ministers of foreign affairs, and permanent representatives of AU member states.

The expectation set in the Agenda 2063 framework document that visa requirements will cease by 2018 and the e-passport will become available to ordinary citizens of AU member countries by 2025, is unrealistic. This is because as at August 2016, there is still no timeline given for this eventuality.

Furthermore, many countries still need to work towards implementation. The launch of the e-passport precedes the adoption and ratification of protocols and legislation. Judging by the attitude of some countries towards protocols on free movement of persons, goods and capital, it may take a long while before this process is complete and the AU passport becomes a reality. For instance, the Economic Community of West African States (ECOWAS) has fully implemented only Phase I – right of entry, abolition of visas for stays up to 90 days – of its protocol on free movement of persons, residence and establishment for citizens of ECOWAS countries. Phase II, which concerns residency after 90 days and employment opportunities, as well as Phase III, dealing with establishment of enterprises, have not been implemented. Reasons given for this include limited employment opportunities, impact of civil wars, political instability and corruption.

Still on the issue of implementation, the failure of a majority of African countries to adopt visa-free policies and/or visa on arrival for their African counterpart countries, might suggest an unwillingness to take this bigger step of no-visa requirement. The Visa Openness Index lists Seychelles as the only country in Africa with a no-visa policy. Mauritius, Rwanda and Ghana are notable examples of countries with visa on arrival policies.

There are also fears of migration and security threats, which can be exacerbated by the African e-passport. The rationale is that criminal trans-border networks and xenophobia may flourish. Bigger economies like South Africa, Kenya and Nigeria would have to deal with economic and political refugees. Issues of brain drain, which is already a problem in Africa, will be intensified. While these possibilities are true, it is useful to highlight that migration and security threats are not new to Africa.

According to the World Bank’s Migration and Remittances Factbook 2016, of all migration destinations, intra-regional emigration in sub-Saharan Africa was the highest, accounting for 65.6%. Popular migration corridors in sub-Saharan Africa include emigration from Zimbabwe, Mozambique and Lesotho to South Africa. The International Organisation for Migration’s 2015 country profile on migration in Kenya notes that the majority of immigrants in Kenya are from other African countries, particularly East African countries. Kenya is also said to be host to one of the largest refugee populations in Africa. Ethiopia, Chad and Uganda are other African countries in the 2014 top 10 host countries for refugees. Therefore, rather than seeing migration and security risks as reasons not to implement the African passport, arguably, the better approach is to collectively address these risks.

Beyond the African passport, how can Africa integrate and prosper?

Fear of migration has been a central argument against the use of the African e-passport. The argument seems to omit the fact that migration by Africans also happens beyond the shores of Africa. The figure for emigration from sub-Saharan Africa to high-income OECD countries in 2013 was 26.1%. Although this was a distant second to intra-regional emigration, it is still a significant threat to Africa’s plan for integration and prosperity. A good example of this threat prevalent in Africa, is brain drain. Brain drain has been shown to have staggering consequences for socio-economic development, including the lack of skilled personnel.

However, brain drain and other forms of migration also have their benefits. For instance, according to the World Bank, remittances to Nigeria in 2015 were estimated at $20.8bn, two-thirds of total remittance inflows to sub-Saharan Africa. As of July 2016, the Nigerian government announced plans to create investment products and opportunities to boost remittances, which are seen as a key part of national income. Migration may also increase skills that may later find its way back to sub-Saharan Africa countries. This has proven to be true in Nigeria, where a number of government ministers and officials, past and current, moved back to Nigeria from diaspora.

Whatever the answers, the African e-passport by itself is unlikely to significantly integrate and prosper Africa. It is not the answer to the challenge of integration and prosperity. What Africa needs is a reduction in conflicts and wars, security, good governance and leadership, infrastructure development, stability, and the strengthening of regional groups such as COMESA, ECOWAS and the East African Community, amongst others. If African governments can work on some of these issues and implement at the very least intra-African visa openness policies, there will be integration and prosperity.

Dr Adefolake Adeyeye is a research fellow of the NTU-SBF Centre for African Studies, a trilateral platform for government, business and academia to promote knowledge and expertise on Africa, established by Nanyang Technological University and the Singapore Business Federation.