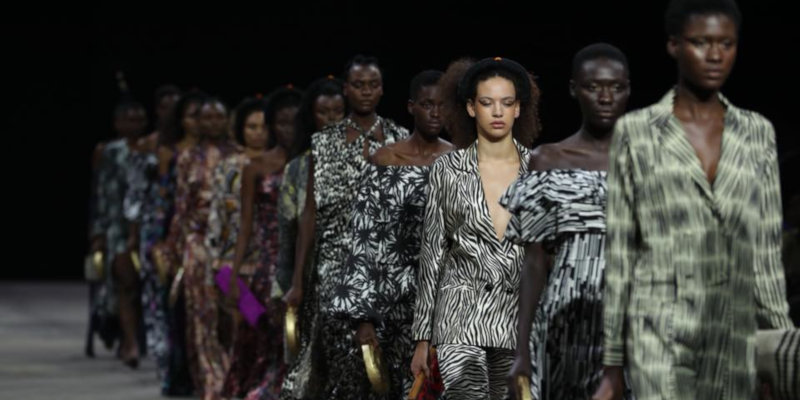 Propelled to fashion fame by Beyonce, an African clothing designer plans to expand production in Senegal and train local tailors to translate her brand’s success into jobs, she said.

The 31-year-old was then asked to make a custom design for Beyonce, who wore a Tongoro suit and dressed her dancers in its jewellery in her “Spirit” music video for “The Lion King” film.

R&B singer Alicia Keys and British model Naomi Campbell have also been spotted in Tongoro, whose pieces are sold online for about 200 euros ($220).

But rising demand for “Made in Africa” fashion has not yet benefited many people at home, said Diouf, who employs only seven tailors so far. With more local training and online sales, she thinks Senegal’s nascent clothing industry can grow.

“We have so much talent, but I think we just need a little bit more structure to take it to the next level,” said Diouf in an interview in the Senegalese capital, Dakar.

“For me, the Beyonce storyline is opening the conversation and opening doors.”

Diouf started her brand in 2016 after going back and forth between Dakar and Paris and realising that her friends in France were eager to buy the clothes she had made in Senegal.

Dakar is known for its vibrant fashion scene but most tailors are self-taught, work on street corners and have no way to reach a wider customer base.

After Tongoro was featured in Elle and Vogue magazines, Diouf recognised its potential to sell worldwide. She plans to scale up next year and eventually open a production facility with 100 to 150 tailors.

“I feel like, for so long, everything that comes from Africa has been associated with bad quality,” she said.

“It was important for me to push that narrative forward, to say, you can actually buy something from Africa that is not cliche … but something that can be modern and youthful.”

The challenges are big. Senegalese tailors are not used to producing en masse, and selling clothes online is a relatively new idea for locals, said Diouf.

If more African businesses embraced e-commerce it could be a game-changer for expanding their reach, she said.

“In Dakar there are more and more emerging brands,” said Diouf. “I think with the new generation, especially because we’re more keen on digital, things are slowly changing.”

Her biggest markets are currently Nigeria, South Africa and Ghana but she hopes to lower prices as the company grows and become an African version of Zara, the giant Spanish chain.

“To scale, I will have to invest in training. I think this is the next challenge for ‘Made in Africa’,” she said.

“We have a lot of artisans with great skills and talent, but when it comes to scale we cannot afford to have one item not looking alike.”

Other West African designers have recognised the same need. Sophie Sy, who recently launched the Senegalese brand BAAX, plans to open a tailoring school in Dakar next year.

Diouf said she hopes the attention on her brand will lead to more respect for and investment in other African businesses too.

“It’s very important for me to create an ecosystem where everyone can benefit from what I do,” she said.