More African women are becoming active participants in business as entrepreneurs and leaders in the corporate world. Dr Susan Mboya-Kidero is one of Kenya’s leading women in the corporate world. Mboya is president of The Coca-Cola Africa Foundation and Coca-Cola’s Group director for Women’s Economic Empowerment for Eurasia and Africa. Before joining Coca-Cola, Mboya built her career at multinational manufacturer Procter & Gamble where she worked for 13 years. 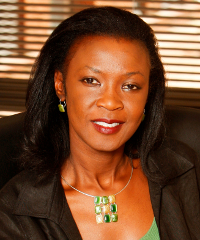 Despite the increasing number of successful women in business, Mboya-Kidero reckons barriers still exist that make it harder for women to excel in a largely male-dominated world.

Mboya-Kidero spent most of her time at Procter & Gamble in the US. She became the firm’s first employee to make it to the American Advertising Federation’s Hall of Achievement for young professionals under 40 and led a team in developing and executing an African American strategic plan.

Mboya-Kidero credits her success in the corporate world to the mentors she had “from day one”, an ingredient she says is lacking in Africa.

“I didn’t get this way by myself. I had the global CEO of Procter & Gamble as a mentor,” she says. “I was a terrible public speaker and at one point my mentor just said to me this thing is going to get in your way unless you fix it. There were training courses I could do, and I did and now that is actually one of my strengths.

“Here [women] have to be a lot more talented to get noticed [and] to figure out themselves. So I admire women here who are doing what I am doing because they must have been smarter, more tenacious [and] they had to fighter bigger odds to get there.”

A trained scientist working at Procter & Gamble, Mboya-Kidero was approached to become a brand manager.

“[It was] a big leap for me because I had a PhD. I mean, who wants to throw away a PhD to become a brand manager? My mother just couldn’t understand. But I knew I wanted to be a leader,” she says, adding that she “grew up in an environment where excellence was the expectation”.

Today Mboya-Kidero dedicates her time and effort to implementing the 5By20 programme, an initiative launched in 2010 by Coca-Cola’s CEO Muhtar Kent to empower 5m women in the company’s value chain by 2020.

“Financial literacy levels are lower for women for obvious reasons; they don’t get the same opportunities as men. So how do we close that gap? Women don’t own property in our culture yet they need property to get financing. How can we help them to get more access to finance? How do we use the power of Coca-Cola to go to a bank and convince them to give these women loans?”

The initiative also convenes women’s groups where entrepreneurs can support and mentor each other.

Why does Coca-Cola care?

According to Mboya-Kidero, women matter to Coca-Cola because they are the main decision makers of purchases and make up a big sector of the company’s market.

“No business like ours where we sell a product that is not a requirement… can thrive in a community that is not thriving,” says Mboya-Kidero. “It is to our benefit to uplift communities. We always say we sell happiness and that sounds airy-fairy but, I will tell you, Coke sells a lot better in happy places than in sad places. We feel that the best way to impact a community is to uplift the women. When women get money, 90% of it goes back to the community.”

Mboya-Kidero also argues that brands ought to be good corporate citizens and embrace the spirit of Ubuntu.

“You cannot have a company that is thriving in an environment that is plummeting,” she says. “Eventually it will float all boats or sink all boats. I think most CEOs know that now. I think most of us are now doing it not as tokenism but because our business depends on it long-term. Nowadays the community is much more enlightened; they will punish you if they see you not being a good corporate citizen. They have choices.”

A staunch advocate for girl-child education, Mboya-Kidero founded the Zawadi Africa Education Fund to provide scholarships to academically gifted girls from disadvantaged backgrounds to pursue higher education in the US, Uganda, Ghana, South Africa and Kenya. In the last 10 years more than 250 girls have benefitted from Zawadi scholarships.

“I always tell my little girls there are A players and there is the rest of the pack. As a woman, if you don’t take that A player path, you will be fine but you are not going to be the CEO. I talk to them about being able to think ahead, see around corners [and] anticipate what is coming.”

Mboya-Kidero advises women aspiring to climb the corporate ladder to identify themselves as different early on in their careers and always stay ahead of the pack. She adds that small things like punctuality, dress and confidence speak volumes.

“Put up your hand. Don’t assume that somebody is going to pick you out,” she says. “You can’t be like everybody else.”