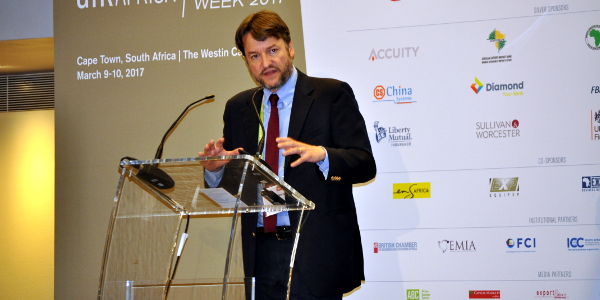 The fall in oil prices and a liquidity crisis in Nigeria has meant that the country’s banking sector is suffering under non-performing loans (NPLs). But it is likely that banks are facing higher levels of bad debt than they are letting on, according to Edward George, Ecobank’s head of group research.

The bad-debt ratio at Nigerian banks hit 13.4% by the end of September last year (nearly three times the 5% threshold set by regulators) and George says it is no less than 12% at the moment. However, he expects that some banks have not yet recorded the true number of loans in danger of not being repaid.

“The reality is that there is a lot more NPLs in Nigeria than people want to admit,” he notes.

In some cases, explains George, this could be a result of banks giving leeway to clients who have been historically reliable and could still recover from Nigeria’s economic downturn. “But this is the whole point about risk management – you have got to have proper criteria here. So if [banks] are being strict the level should be higher.”

However, most of Nigeria’s non-performing loans are related to the troubled oil sector – with traders and distributors facing fallen dollar revenues. George adds: “There is at least US$4.5bn of lending to the oil sector and a large proportion of that is now bad debt and unpayable.”

Ecobank has not been exempt from the effects of Nigeria’s strained economy and last month the South African lender Nedbank – which bought a 20% stake in Ecobank for $500m in 2014 – booked a $293m writedown on its investment.

George says Ecobank is moving towards value-added services to grow its client base.

“I think since the new CEO came in a year and a half ago, Ade Ayeyemi, there has been a real effort to professionalise the bank a lot more. I think a lot of our risk management and credit processors were sub-optimal and they have greatly improved. So there is a lot more focus on risk management, credit and particularly how loans are given. There is a move away from Ecobank from lending, just pure lending,” he continues.

“And that is not just Ecobank, a lot of other banks are doing this as well… Banks are in danger of becoming utilities, and one thing you can always say about utilities is that they are always there but they are not very good stocks to invest in, because there is no real value-add there.”