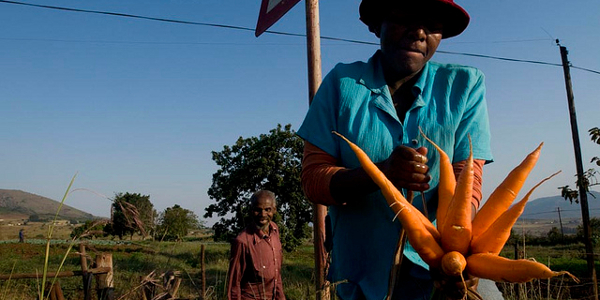 South Africa has a well-developed agricultural sector, which will stand the country in good stead in the face of continuing uncertainty both economically and in terms of the weather. There are a number of factors impacting on the industry – including the recent ratings downgrade, land reform concerns, volatile exchange rate and ongoing weather worries, among others.

Forecasts show that the country’s economic growth will remain under pressure, as consumers continue to tighten their belts as a result of an increase in interest rates and inflation over the last year. Although it is expected that inflation will come down to 5.8% by the second quarter of this year and that the interest rate will stay at the same levels for the rest of the year – which will benefit consumers particularly at the lower end of the spectrum – this relief will be short-lived as the exchange rate continues to weaken in the wake of the downgrade, keeping food prices high and placing pressure on South Africa’s imports as the rand loses value and it becomes more expensive to import agricultural products.

Connected to the ballooning cost of imports has been the raging debate about the wheat import tariff, which is due to be reviewed later in the year. A combination of the drought and a weak currency in conjunction with falling international wheat prices saw the South African wheat import tariff reach a record high in August 2016, increasing 30% to R1 591.40 (US$121.25) per tonne. The increase serves to protect local wheat farmers from international competition, as global wheat prices increased the wheat tariff declined to R1190.20 ($90.68)/tonne.

Contributing widely to the prevalent economic uncertainty and variances in supply and demand of critical agricultural products is the enduring drought in the Western Cape Province and preliminary forecasts for a drier summer production season in 2017/18. Predictions are that weather conditions and rainfall will improve in the coming months, particularly in the Western Cape – which has suffered a severe lack of rainfall in recent months – however, the effects of the drought will continue to make themselves felt for some time into the future.

What the drought has helped reveal is the sensitivity of all products in the industry to weather and economic forces – from wheat and maize to beef, pork and poultry. Domestic maize prices, for instance, were at their highest levels in 2015/16 due to lower production because of the drought and a weaker rand. However, the higher prices supported producers able to plant crops and, as such, maize did not lose its overall value and South Africa was able to retain its position as a net exporter of maize in this marketing year following the drought of the 2015/16 production season, especially to Southern African countries like Zimbabwe.

An area of opportunity for growth in agriculture and in alleviating the vulnerability of crops and livestock, which South Africa needs to invest in, is production research. Countries such as Morocco invest heavily in research and new technologies that assist in increasing yields and quality of production. South Africa needs to dedicate more resources to strengthen the country’s agricultural production research in order to reap the benefits.

Despite continuing uncertainty in the sector and the need for greater research and initiatives to drive efficiency and innovation, the country’s agricultural sector is robust and is capable of withstanding headwinds – particularly if leaders in the industry from both the public and private sector work together and collaborate to keep building agriculture and food security in South Africa. With strong leaders at the helm and a committed approach to overcoming challenges in the field, it is possible to support producers and assist consumers.

Wessel Lemmer is a senior economist at Absa AgriBusiness.