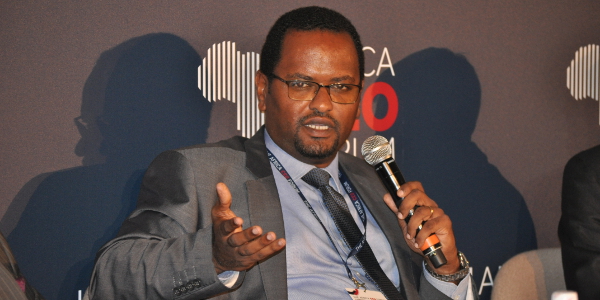 “It is a very challenging environment, not only for foreign carriers, but especially for African carriers,” says Henok Teferra, CEO of Togo-based ASKY Airlines.

ASKY Airlines – headquartered in Lomé, Togo – was founded in November 2007 as an initiative of West African governments after the former multinational airline serving the region, Air Afrique, went bankrupt in 2002 and left a gap in the market.

The airline commenced operations in January 2010 and today covers 22 destinations in 20 countries across West and Central Africa, carrying an average of 10,000 passengers a week. Its strategic partner, Ethiopian Airlines, holds a 40% stake in ASKY.

On the sidelines of the recent Africa CEO Forum in Abidjan, Côte d’Ivoire, How we made it in Africa sat down with ASKY’s CEO, Henok Teferra, to find out what it takes to run an African airline today.

This continent has a history of both national and private airlines going bankrupt. What needs to be done differently?

We are not reinventing the wheel here. I think what you need, first of all, is a sound business model based purely on market considerations and focused on the customer. Secondly, you need a strong technical partner because this is a capital-intensive industry. It is also a skill-driven industry – so from the outset you need that strong technical partner to help you take off.

Of course, you then need to brand your airline in a way that differentiates it from others. You need to show that it is really there to serve a purpose. So it is a combination of these factors, and I think there’s proof those who have been successful have followed this path.

The managers of both Fastjet and Emirates have told How we made it in Africa that government protectionism of some African national carriers is a major limitation to growth. Has ASKY come across similar challenges?

There are still limitations. I cannot fly as I wish to the African destinations that I want to fly to. I am restricted. Secondly, air-connectivity and this industry are still perceived as a luxury industry, whereas it’s actually a critical enabler of the flow of trade, investment and tourism. There needs to be this understanding. It’s getting there but the awareness must be more broad-based. We need to unify African skies, like in Europe – they managed it beautifully… We must put in place the right regulatory framework in terms of having a conducive cost environment and tax regime.

So these are the issues that we are grappling with and we lobby through institutions such as the African Union, the African Airline Association (AFRAA) and the African Civil Aviation Commission (AFCAC). We lobby to try get things right and we complain, not whine, with the view to change things. The idea is to have competitive African operators so that the continent doesn’t just merely become a consumer base for others. Just to give you an idea, in our industry 80% of the market share is by non-African carriers. So all of us African operators combined – including the big ones – we are just 20% of the market. We need to change this, and if we don’t the African industry will not survive.

In terms of air travel, what trends have you noticed in Central and West Africa?

Air travel growth is driven by GDP growth. There is a direct correlation and, in this region, economies have been growing over the last decade by on average 6%. Some, like Côte d’Ivoire, are even growing much [faster]. This translates into air travel growth. You have more corporate growth, more tourism, and more visiting friends and relatives because a lot of the people in this region have friends and family in different parts of different countries. So that is what is boosting demand and it is really across the board that we will are seeing air travel growth, within Africa and to and from Africa.