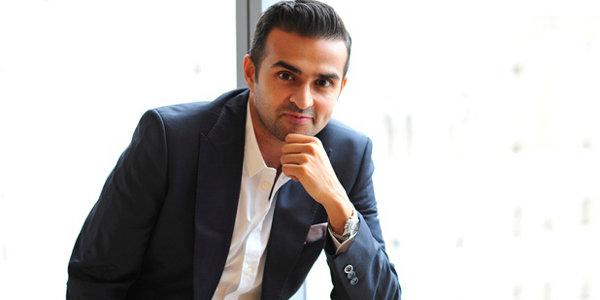 Below is a slightly edited excerpt from The Lion Awakes: Adventures in Africa’s Economic Miracle, written by Ashish Thakkar.

“Do you have a problem with me?”

I have just left the stage, and an elegant man – imposing, well over six feet tall – is waiting at the foot of the stairs, the first in the audience to greet me after my talk. It is not the sort of greeting you expect after a speech.

“No,” I say, wondering who he is and why he’s accosting me.

“You sure you don’t have a problem with me?” he says, stern and accusatory.

Then it hits me. I do know him. I recognise him. From tech talks… development conferences… economic forums… magazine articles… television.

He is Paul Kagame, the president of Rwanda, hailed by many as the force behind its remarkably rapid economic transformation.

He looks me in the eye. “Tell me then, Ashish,” he says, and the glimmer of a smile appears on his face. “I see you on TV all the time talking about being the second African who is going to go into space. And I hear you talking about how you are taking a Ugandan flag with you. But you are partly Rwandan, are you not? You should also take a Rwandan flag with you!”

Then he breaks into a wide grin and slaps me on the back.

“Please, come visit us in Rwanda soon,” he says, and his assistant hands me his card. “You must see the transformation. I think you are going to be very impressed. Great talk, by the way… great talk.”

And with that, he is gone.

Ah… only in Africa, I think to myself.

It was May 2010, and I was speaking at the World Economic Forum conference in Dar es Salaam, Tanzania, one of hundreds of talks about Africa I have given around the world over the past five years. If anyone had said to me when I first started out in business, in Uganda in the mid-1990s, that within two decades the African continent would be hailed at investment conferences from Singapore to San Francisco as the greatest economic opportunity in the world, I would have said they were crazy.

Don’t get me wrong. I come from a long line of optimists and have always been a believer in Africa’s enormous potential. But even I did not believe we could progress so fast.

The 1990s, when I started out, was a time of great flux in Africa. No one knew if we were on the way up or down. The conditions that existed back then would shock those who come to do business here today: rude and corrupt officials, terrible communications, lack of fresh water and electric power, awful airlines. You took a big chance doing business on the continent then. Even at the turn of the millennium, experts and analysts agreed things had not gotten much better since the end of colonial rule: “The Hopeless Continent,” declared the May 2000 cover of the Economist.

A decade on, Africa is experiencing an economic boom unparalleled in its history. Six of the ten fastest-growing economies in the world today are in Africa. It is the world’s fastest-growing continent with an average GDP of 5.5% over the past decade that is the envy of a developed world still struggling from the Great Recession.

We have the planet’s youngest population, with three-quarters of our 1 billion-strong population under the age of 35. We have the most natural arable rain-fed land on Earth – the world’s potential breadbasket – and our oil, gas and mining sectors are thriving. There is also a cell phone and tech boom, with cities such as Nairobi, Accra, Lagos and Kigali being spoken of as “Silicon Savannahs”. The best about this growth is that it is real, not speculative. We are not dependent on commodities, as many had thought, and we weathered the great global recession better than any other region.

And while stories of war, poverty, disease and dictatorship still dominate the mainstream news in the West, Africa is experiencing a peace and democracy windfall. In 1990, only three African countries were democratic. Today, 25 (out of 54) are democratic in one form or another. Nigeria, a perfect case in point, has just concluded a peaceful democratic election. Once, not so long ago, the billboards in a typical African city were dominated by the giant face of a president or general – an unelected Big Man – staring imperiously down on “his” people, and our city squares were filled with statues of Lenin and Marx. Today our billboards advertise beach resorts, consumer goods, investment and banking, and our city squares are more likely to feature trendy coffee shops selling café lattes to fashionable professionals reading political blogs and lifestyle magazines on their smartphones.

So what’s behind this transformation? Who are the drivers of it, and where is it going?

Statistics do not tell the whole story, so I will not weigh you down with too many of them. They do not speak for the inventor in the Congo who designs a laptop computer for his university or for the teenager in Accra who starts a company manufacturing bicycles out of bamboo. Neither do they reflect the dynamism and ambition of an increasingly educated young population that, unlike the generations before them, are not encumbered by wars and conflict. If investment is driven by confidence, I suggest you look at the energy and optimism of today’s African youth – the Young Lions, as they are known – and place your bets.

Which is not to say it’s all bread and roses out here. I have personally experienced many of the hassles and some of the horrors of Africa firsthand, as have my parents. I will not whitewash our problems. From Ebola in West Africa to lingering poverty rates and high levels of unemployment, we have a long way to go in translating growth into employment and opportunity for all. Neither are all of our political systems yet as free, evolved or democratic as those in, say, Sweden or Norway or the United States.

But Africa is not a monolith. It is a diverse, varied, polyglot continent, far bigger than you think and far more complex than the simple media narrative of poverty, war, corruption and disease. I often get the impression that Westerners pity Africans and think we need saving. I am here to tell you otherwise. We do not need aid, and we don’t deserve, or want, pity. We want partnerships. We want to do business with you, and we believe you will benefit from these business relationships as much as we will.

I was recently at an investor conference in the United States and someone asked me, “When do you think Africa will catch up?” I replied, “We won’t. We will lead the way.”

Ashish Thakkar is founder of the Mara Group. The company has a presence in 22 African countries, with interests in manufacturing, business process outsourcing and property. In 2013 Thakkar teamed up with former Barclays chief executive Bob Diamond to form Atlas Mara, which invests in banks on the continent.