Foreign exchange control regulations are not uncommon in Africa and with increasing foreign and regional investment on the continent the pros and cons for their existence has been a source of debate. 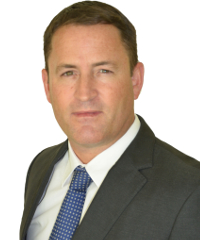 These regulations essentially exist as a means for a country to maintain the stability of its own currency by enforcing restrictions on foreign exchange trading and international settlement (money transfers via banks to settle accounts, debts and claims among different countries).

For weaker, more volatile economies, exchange controls can be necessary for the stability of the local market and help prevent the flight of capital out of the economy. According to Robin Bryan Smither, head of regional corporate banking at Mauritius-based AfrAsia Bank, whether exchange controls are a benefit or detriment to an African country is situational.

“If you look at a country like Mozambique… it does not have access to significant foreign currency. So we are talking about access to the likes of US dollars, and in order to protect that it has to impose exchange controls to manage that monetary system. In that case it actually plays a very positive role and in many senses [these weaker economies] don’t have a choice but to do that,” Smither told How we made it in Africa.

However, he noted while exchange controls do have benefits for volatile economies, it can also be a hindrance to investment.

Most countries on the continent have varying degrees of exchange controls, but there are a few examples where there are little or no restrictions, such as Botswana, Mauritius, Rwanda, Uganda and Zambia. Smither argues that these economies are taking a proactive approach to promoting their economies to investors in an effort to become regionally competitive.

“There has been so much attention on Africa over the past five years and a huge amount of focus in foreign investment globally coming into Africa,” he highlighted, adding that some countries have abolished stringent exchange controls to create a more welcoming and investor-friendly environment.

“Those countries are the ones in my view that are probably the more proactive in terms of opening up their borders to foreign investment. One way of doing that is obviously abolishing exchange controls.”

Last year, South African entrepreneur, investor and multi-millionaire Mark Shuttleworth said it cost him less to travel to outer space than move his money out of South Africa.

“In other words, had exchange controls not existed, Mark Shuttleworth might still be living in South Africa,” said Grant.

While South Africa has seen considerable relaxation in its exchange controls over the last 20 years, it still exercises regulations that are particularly restrictive in terms of promoting offshore investment.

Smither noted that this can be limiting for South African companies who want to expand into Africa or internationally by using their South African capital or assets. To move large amounts of this capital offshore requires exchange control approval from the South African Reserve Bank, which can take weeks and be subject to red tape.

“For South African companies who want to invest internationally it becomes incredibly restrictive to support that international growth without support from their holding company or their head office within South Africa, because that is essentially where the main business lies and they require that business to support that growth,” noted Smither. “So this is where we find exchange controls become a huge restriction.”

Currently South African companies (excluding close corporations and trusts) can make foreign investments into companies outside the Common Monetary Area (Lesotho, Swaziland and Namibia) of up to R500m (U$47m) per annum. However exchange control regulations were relaxed last year for South African groups listed on the Johannesburg Stock Exchange (JSE). These entities can now establish one subsidiary to facilitate African and offshore investments of up to R750m, without having to establish an offshore treasury company.

Another relaxation has been the removal of exchange control restrictions on foreign-listed entities that inwardly list on the JSE.

A key argument for exchange controls is that by limiting the flow of capital out of the country, and the ability to invest offshore, local investment is encouraged instead.

“People can’t invest offshore so therefore they continue to invest in the local market and with that there is not this flight of capital offshore that affects, for example, the South African rand. And that is a counter-argument for people who are pro exchange controls who say as soon as you abolish exchange controls there are going to be this huge amounts of capital offshore,” said Smither.

However, Smither added that with the South African economy under pressure, the country needs to look at new ways to become more competitive.

“How is South Africa going to become a dominating country on this continent that is competing with the likes of other countries and its neighbours on a sustainable basis? The reality is that the more we continue to have exchange controls, and the more that we restrict the ability of South African companies to invest offshore, the more that we are actually just containing ourselves and we are not promoting that growth.”

In a Business Day opinion piece published this year, Jasson Urbach, director of the Free Market Foundation, argued that foreign exchange controls do not instil a sense of confidence in local or foreign investors.

“Foreign exchange controls make investors nervous and doubtful of whether a government believes in itself or its country’s future. They imply the need for greater than usual foreign currency ‘insurance’,” wrote Urbach.

South Africa has been viewed historically by foreign companies as a springboard into Africa. Many multinationals have headquartered their African operations in South Africa, because of the country’s good infrastructure and supporting business services.

However, foreign companies using their South African generated capital to support their regional African expansion will have to factor in exchange controls. Smither said that this comes down to the argument of whether capital generated in South Africa should be moved to fund investments in another country without benefiting South Africa (for example through taxation).

Meanwhile, Mauritius has been promoting itself as a favourable jurisdiction for facilitating growth aspirations across the continent.

The small island state, with limited natural resources, has positioned itself as an offshore investment hub. In addition to having no exchange controls, the country also has a favourable tax regime, with no capital gains tax or withholding tax.