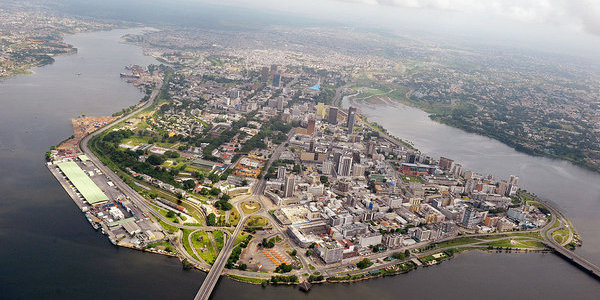 Africa’s growth resurgence during the past decade and its persistence have taken many watchers of the continent by surprise. The international media have been busy coining labels to match this unexpected turn of fortune – “Africa rising” being the commonest and most misleading label to date.

Interestingly, Africa’s recent high growth has also revived general interest in its administrative and planning processes, with national development plans and visions, all but abandoned in past decades, coming back into vogue. Equally important has been the revived interest in the collection of national statistics – which is of course key not only for national planning but also for investment decisions by the private sector. The recent rebasing of the GDPs of a number of African countries, including famously the doubling of Nigeria’s economy to half a trillion USD in 2014, has also raised interest globally in Africa’s data.

During the late 1990s, and in the midst of Africa’s “darkest hour”, when everything that African governments were trying to do to generate growth and bring economies back on track, including structural adjustment policies, seemed to be failing, researchers in western academia/development agencies began to refer frequently to Africa’s “growth tragedy”. As usual there was a proliferation of reasons for why Africa was failing to jump onto the growth and development bandwagon, blamed variously on geography, and the closely related disease burden, wrong policies, paucity of social capital, aid dependence, poor neighbourhoods, etc. More thoughtful explanations alluded to “unequal exchange,” to illicit financial flows, and to adverse international political economy, but these were few and far between.

This then brings us to “Africa’s statistical tragedy” as seen by pretty much the same set of eyes today as the earlier “growth tragedy”. Here the argument is that given Africa’s atrocious data quality we cannot know for sure whether Africa is indeed “rising” nor by how much. Moreover, that even if Africa was rising, we are not able to tell how this is impacting the general welfare of its population. The use of the word “tragedy” is of course partly meant to awe the reader. However, these are important charges and there is a powerful debate, mostly in the west, about the quality of African data.

A recent book by Ben Kiregyera, The Emerging Data Revolution in Africa – Strengthening the Statistics, Policy and Decision-making Chain, argues that it is only those not exposed to the wide-ranging efforts by African governments and institutions, including the African Development Bank, to herald a “data revolution” in Africa that would use the word “tragedy.” In the following paragraphs let me present a brief overview of the book and its contribution to Africa’s statistics debate.

Prof. Kiregyera argues that for a very long time the development of Africa’s statistics was left in the “hands of others”, and was not thought of as a strategic component for national development. It was thus poorly resourced in many countries, given low priority, and small budgets. Typically data were collected in censuses but took years to analyse and publish. The increasing demand for data from all sections of the economy, in reaction to the recent results agenda pursued by countries, has overwhelmed the national capacities to generate data in timely fashion. He argues, however, that the challenges vary across countries, with the most severe constraints to be seen in the transition economies. He notes that with respect to establishing national and regional statistical frameworks, much progress is being made and cites the new emphasis on civil registration systems as potential game changers. He also underlines that the peer reviewed national statistical systems that African countries have been setting up in the last ten years, with the African Development Bank playing a key role, will hold the continent in good stead in years to come, and require increased attention and support.

On data quality, Prof. Kiregyera argues that African data might not be all-encompassing but that what is available is of good and comparable quality with that in other developing regions of the world. That above all African data are far from being a tragedy. He believes, however, that the data revolution in Africa will be brought about by African countries themselves through dedicated capacity and institutional building. In his view the data revolution in Africa has taken root, but its sustainability will require a robust domestic debate.

This article was first published on the African Development Bank’s blog.