A look at the global telecoms industry reveals that the advent of smartphones and the app revolution has changed the way people communicate. 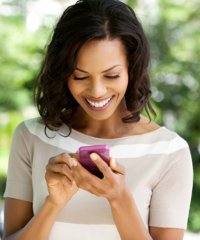 Many of the apps designed for communication such as Skype, Viber, G-Talk and WhatsApp are threatening to rewrite the rules of communication in the mobile telecoms world.

According to a research report from analyst firm Berg Insight, the number of mobile application downloads worldwide will grow at an average of 56.6% annually between 2010 and 2015 to reach 98 billion. Berg Insight also estimates that revenues from paid applications, in app purchases and subscription services reached €1.6 billion in 2010.

The underlying fact remains that these types of apps present a significant threat to operators as they can damage telcos’ revenue streams and undermine the intimate relationship that telcos have with their customers.

We also came across a report published by TeleGeography that shows that international long-distance traffic growth is slowing rapidly. TeleGeography estimates that international long-distance traffic grew 4% in 2011 to 438 billion minutes. However, the growth rate was less than one-third of the industry’s long-run historical average of 13% annual growth.

A key highlight however is the fact that Skype’s cross-border traffic has continued to soar. TeleGeography estimates that cross-border Skype-to-Skype calls (including video calls) grew 48% in 2011 to 145 billion minutes. It is estimated that Skype added 47 billion minutes of international traffic in 2011 – more than twice as much as all the telephone companies in the world, combined.

With stiff competition in the telecoms industry as a result of new entrants and inevitable tariff declines, operators have had to rely on strong volume growth in international traffic. It is therefore difficult not to conclude that at least some of Skype’s growth is coming at the expense of traditional carriers.

If all of Skype’s on-net traffic had been routed via phone companies, global cross-border telephone traffic would have grown 13% in 2011, remaining in line with historical growth rates.

Globally, some telcos have moved swiftly and embraced VoIP and new applications such as WhatsApp. In some cases, telcos have now begun competing in the space with their own apps, browser-based clients or even unlicensed mobile access (UMA) based services.

Sub-Saharan African telcos have also not been spared. In Africa, the largest mobile social platform; MXit has been growing rapidly, recruiting an estimated 45,000 new users a day.

MXit is now the continent’s largest mobile social platform and has sealed a partnership with software company Opera to make its presence more wide-spread. MXit can be used on any of the major platforms – Microsoft Windows, Windows Mobile, Mac OS X, Android, iOS, Java ME, Linux and BlackBerry OS. It offers free multimedia messaging, allowing users to send and receive one-on-one text and multimedia messages to and from other users and talk in chat rooms.

A recent study by UNICEF South Africa showed that 30% of teenagers in the country spend most of their free time chatting on the MXit platform. The UNICEF study also found the most common topics on MXit are love lives and dating – two areas which are perhaps not addressed as much on the more public spheres of Facebook and micro-blogging site Twitter.

On another note, Kenya’s Safaricom has also embraced MXit and is offering the application as a value added service (VAS). Other VAS include Kipokezi, which allows subscribers to send and receive email and chat messages from any Safaricom mobile phone using SMS; Semeni, which enables subscribers to chat and share information in social groups; and voice SMS.

More recently, Zimbabwe’s Econet Wireless launched a trial of its Multimedia Messaging Service (MMS) to all Econet customers. The service allows mobile subscribers to send each other pictures, sound and videos files using next to ordinary mobile phones. A subscriber with a supported mobile phone will be able to send multimedia files to their friends on the network.

Generally, MMS has largely been leapfrogged by other technologies that are purely internet-based and that conveniently bypass the mobile operator thereby being a lot cheaper. “There are many services out there that do multimedia messaging; from simple instant messaging applications, game changing convenient services like WhatsApp to social media platforms like Facebook and Twitter that do what MMS proposes and more at a lower cost to subscribers. But nothing is predictable. Who knows the kind of mobile phones the bulk of Zimbabweans have and what their most nagging problems are sharing multimedia files?” we quote Leon de Fleuriot, Econet’s Broadband Chief Commercial Officer.

In conclusion, while voice has reached saturation levels in various jurisdictions, data is indeed to be the next growth avenue for sub-Saharan African telcos. However, the app revolution and ever-changing technology implies that telcos face the daunting task of continuing to be relevant to their customers as opposed to just being “air-time factories”.