At age 18 Heril Bangera ventured into business with modest dreams of manufacturing four plastic water tanks per month. Growing up in a middle-class suburb in Nairobi, he witnessed firsthand the challenges around water harvesting and storage. Most people used steel tanks at the time. But he saw an opportunity to manufacture affordable plastic tanks. 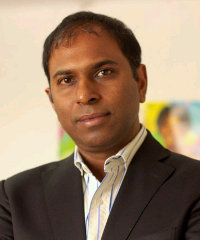 Bangera started Roto Moulders Limited with a modest amount of capital from his father. The company has since morphed into the Flame Tree Group (FTG), a diversified manufacturer producing tanks, chemicals, cosmetics and snacks. And this Thursday, FTG will list at the Nairobi Securities Exchange (NSE) drawing closer Bangera’s dream of building a pan-African multinational.

Bangera describes the last 25 years as exciting, watching his start-up grow to an established business with a presence in six countries. “When I started as a student I figured if we could manufacture four tanks a month it would make a great business. Time has proved even better because now we manufacture hundreds a day,” he says.

Now FTG, through Roto Moulders, produces 500 tanks per day at its plants in Kenya, Ethiopia, Sudan, Rwanda and Mozambique. Last year the group, which also has offices in the Democratic Republic of Congo and Burundi, posted about US$24.5m in revenues. It employs 1,000 people.

Although manufacturing tanks and other plastic products remains its core business, FTG has diversified into consumer goods including cosmetics, synthetic hair and snacks. This expansion, Bangera tells How we made it in Africa, was spurred by the fact that most companies in the cosmetics and hair business are foreign and sell their products at high prices.

In 2005, FTG launched its first cosmetic brand Zoe, with a range of hair care and body lotion products. Following its success, a second brand, Alana Hand & Body lotions was introduced. FTG also launched the Cerro nail polish line and Siora brand of hair extensions, wigs and weaves made from synthetic hair. And in 2012 the group ventured into the food industry through its subsidiary Happy Eaters Kenya which manufactures snacks.

Bangera notes that “growing affluence” in the region and population growth signalled an opportunity in the fast-moving consumer goods (FMCG) industry.

The sweet spot, he explains, is in offering quality products at affordable rates. “We believe we can manufacture products for Africans at the right price point. Every woman who wants to look beautiful is our customer.

“Of course some aspire to buy imported very expensive products. But we believe ours have an advantage, especially against foreign multinationals whose products are highly priced.”

Over the last month FTG raised Ksh.194m ($2.1m) from individual and institutional investors ahead of its listing at the Growth and Enterprise Markets Segment (GEMS) of the NSE. This will make it the second company to list at the GEMS, a segment introduced to help small and medium-sized enterprises raise capital via the stock market.

Bangera gave up 15% of his shareholding in the business. Edward Burbidge, CEO of Burbidge Capital which advised on the transaction, noted FTG attracted interest from investors because it operates in “very exciting and fast growing markets”.

After this week’s listing of 15% of its shares, Bangera says FTG will have more working capital needed to fund regional expansion and grow its market share.

“We believe that all our lines of business are very exciting and we expect growth. Our goal is to build a pan-African multinational. Access to cheap capital is the main ingredient in achieving that goal. We are solving that with the listing. Initially we have several expansion plans in Kenya. We see opportunity regionally as well, especially in the FMCG sector,” says Bangera.

In the next five years he expects the group to double its revenues. Now aged 43, he adds he has faced many challenges including accessing capital, particularly in the early days. “My dream has always been to create a company that can be a multinational. And that has kept me going through the good and the tough times.”

He lists political and currency risks as some of the hurdles to doing business in Africa. However, he adds, operating in six countries shields FTG from some of these challenges. “I know there are hurdles, but as entrepreneurs we have to adapt to those hurdles. As an entrepreneur you will always face ups and downs. But don’t be put down by the tough times.”