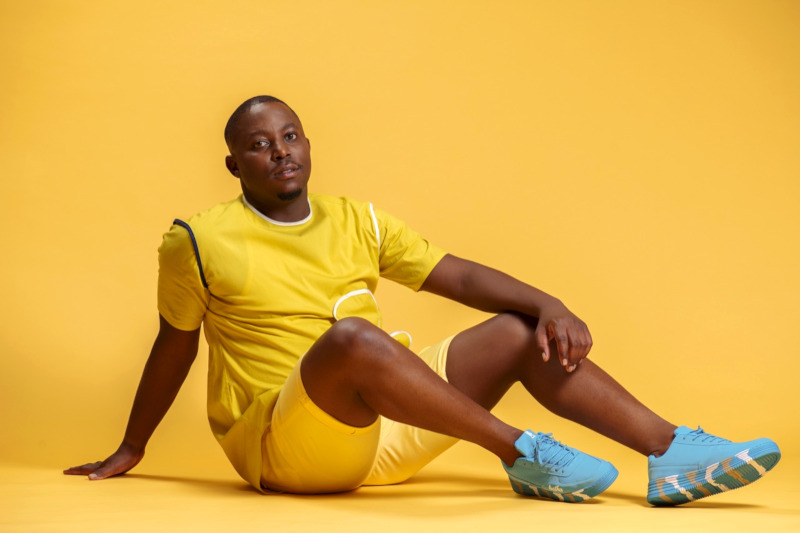 Bathu is a South African footwear brand started by entrepreneur Theo Baloyi. Sven Hugo talks to Baloyi about how he grew the business from an idea to selling 15,000 pairs per month.

Bathu’s story begins at an airport in Dubai. Founder and CEO Theo Baloyi was cruising the duty-free shops, staving off boredom during an eight-hour layover en route to Saudi Arabia, where he worked on secondment as an accountant for PwC. One store, in particular, caught his attention as there was a constant stream of people going in and out.

Baloyi went in to chat to the owner and discovered a Frenchman in Dubai selling an unapologetically French brand. “He was telling a story that resonated with French people,” says Baloyi, a self-proclaimed sneakerhead who, at the time, owned a cupboard full of sneakers and not one was an African brand.

During that flight, the story of Bathu began to take shape. “I thought about what we as South Africans are doing to tell our stories,” he remembers. His own shoe brand with an African narrative was his solution.

Bathu is South African township slang for ‘shoes’. Whereas see-through honeycomb mesh is generally used as a lesser design element in sneakers, Bathu’s flagship models were designed with a predominantly honeycomb mesh upper.

“I did 18 months of research and development, which included coming up with a proof of concept, quality testing and quality assurance,” he explains. Baloyi’s accounting experience helped in this regard. “I’ve been fortunate to have extensive experience with business and finance modelling in a corporate environment.”

Before launching the first Bathu sneaker in 2015, Baloyi had no prior experience in footwear and retail. “It meant I had to be very strategic in my research: how to do my branding positioning, how to make my product and the technicalities of shoe manufacturing. There was a lot of learning, which is why it took 18 months.” 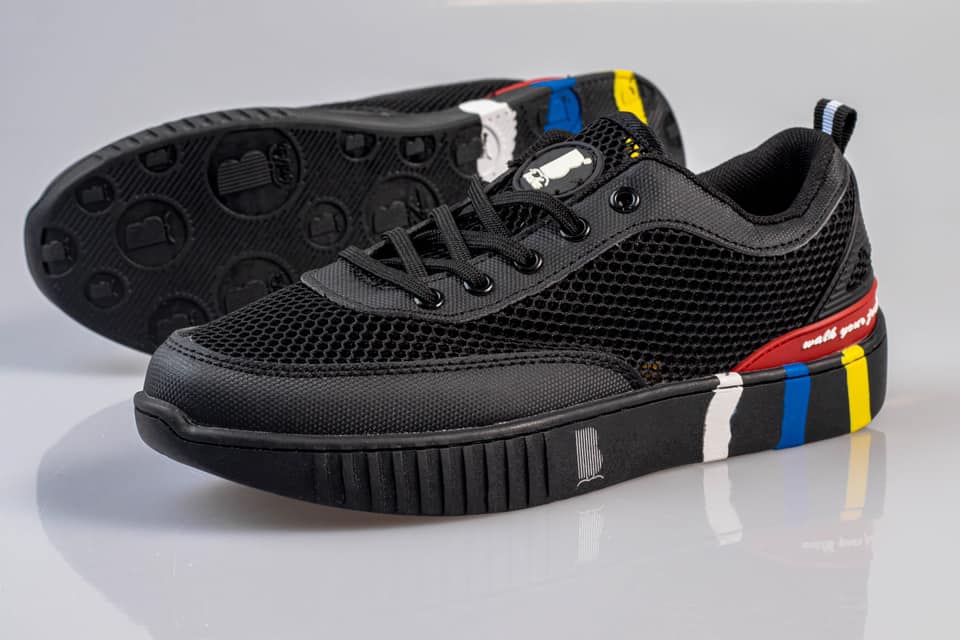 One of Bathu’s latest sneaker designs

Coming from a country with little to no local sneaker producers, Baloyi had to look to the founders of international shoe empires for inspiration. “I had to rely on my network of former colleagues and friends, internet sources and success stories from the States. The success stories of retail businesses like Nike and Under Armour aren’t prevalent in South Africa. We don’t have a story like theirs in Africa,” he notes.

Baloyi later realised the challenges of sneaker manufacturing in an unestablished market. “Sometimes we have a great design – innovative and different – but the factory either doesn’t have the right equipment; and if they can source it, it may take seven to eight weeks to arrive.” These delays are detrimental to efficiency and, oftentimes, a product.

“In South Africa, you need about eight months to manufacture a new shoe. In the East, this usually takes four weeks. While South African factories can buy expensive equipment to manufacture according to specific requirements, the trends and styles may no longer be current when the product is completed,” he explains.

It was through his network that Baloyi found a manufacturer for the first 100 pairs of Bathu sneakers. “A colleague at PwC whose friend’s family owned a factory… So, I got to work.”

There were issues even before the first proof of concept went into production. Baloyi wanted 100 pairs but the factory had a minimum 1,200 order requirement. The unique mesh material further complicated the manufacturing process. “They declined until I convinced them to believe in the brand and that I would be back with big orders once we got going,” he says. The owner reluctantly accepted.

The flagship mesh design was driven by a sock trend in 2015 where sock collectors were showing off colourful and busy patterns above their ankles. Bathu mesh models now enabled people to display socks in their entirety while wearing shoes. It took 21 samples before the team was happy with the outcome. This also defined the price point of the shoes, which retail for around R1,200 (about $74). “Based on the cost variables in the final, quality version of this shoe we were able to decide on a price and margins,” he adds.

“We created 100 pairs and sold them among friends. From there, in 2016, I did 400 pairs. It was still below the minimum order quantity but the factory could see progress.” In 2017, Bathu sealed its first corporate collaboration with an incubation hub in Johannesburg which led to the release of a further 1,000 pairs of Mesh Edition sneakers.

On the day of its launch in 2016, the traffic to the Bathu website caused it to crash. “Everyone on the internet was talking about the brand.” Factory orders of 1,000 became 3,000 … then 4,000. Baloyi puts this down to influencer marketing and free PR through media channels sharing the brand’s story. “I got a lot of social currency and mobility on social media through people buying it and posting reviews.” 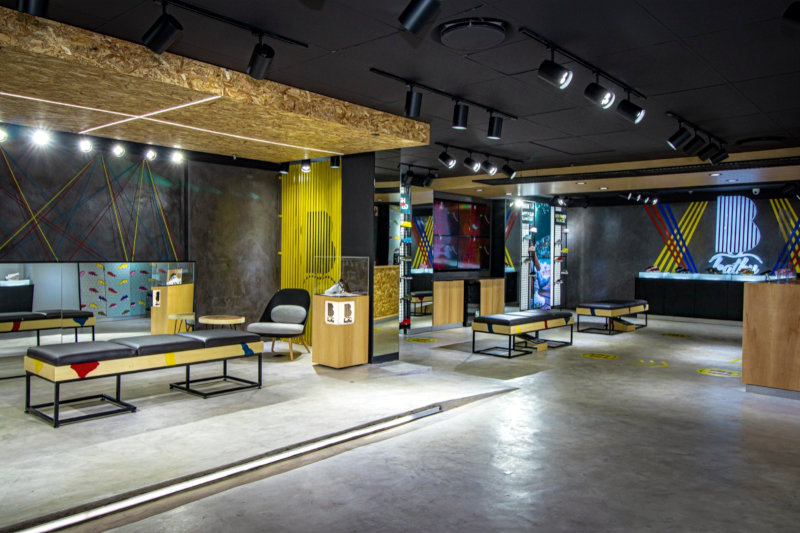 Social media promotion formed a core part of the marketing drive, capitalising on influencer culture. “We used social media as a driving tool to get our products out there. It was the most cost-effective way,” he reveals.

Profits from the sudden spike in sales were reinvested to scale the business. “Five years later, this is where we are: 15,000 pairs per month and it’s growing.”

Maturing the business was intentional and proactive, according to Baloyi. He made a point of consistently reinvesting profits back into the business and keeping up the relationship with their manufacturer. “I watched every moving part of the business and made sure it stabilised.”

The online store is one of the top performers of the company. During lockdown, the team strengthened its online infrastructure to accommodate for click and collect, and the integration of their e-commerce and brick-and-mortar stores.

There are currently 12 Bathu retail outlets across the country, aside from the online store. The team has also recently moved into a 3,700 square metre warehouse and office facility in Gauteng province. Baloyi remembers his first major milestone when reaching 1,000 orders and having to call in the help of someone to help with packing the boxes. “Initially, we got one guy in to work for us on an informal basis.”

Today, the company employs 103 people. “It speaks to why I started. I am fortunate I have maximised the opportunities I was given but what are we doing to give back and create more opportunities for others? I’ve got this vision of building a shoe brand that Africans can proudly affiliate with,” says Baloyi. The Bathu numbers show the story resonates.