In 2005 Kenyan scholar Dr Wanjiru Kamau-Rutenberg started Akili Dada, a ‘leadership incubator’ offering high-achieving girls from underprivileged backgrounds scholarships to attend universities in Kenya and beyond. Two years ago she was feted by President Barack Obama as part of the White House ‘Champions of Change’ initiative for her work in developing young African women leaders. 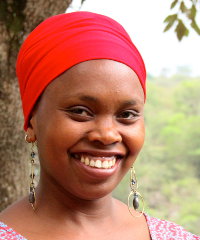 Akili Dada seeks to address the need for greater representation of women in decision-making and leadership roles in Africa. It has offered more than 80 university scholarships and mentored thousands of school girls. Last year a social entrepreneurship fellowship programme was started which has since benefited 15 young women offering them training, office space, access to funding partners and mentorship.

“Our mission is to empower the next generation of African women leaders. We groom girls and young women to become movers and shakers in society,” says Purity Kagwiria, executive director of Akili Dada.

Although there are numerous programmes across Africa aimed at empowering youth, she notes a majority of the beneficiaries tend to be young men. This is partly because of cultural challenges, but by focusing entirely on young women and girls, Kagwiria says Akili Dada goes beyond just selecting a few women to meet the quota.

“It means we have to make a concerted effort to look for women, even if it means going to the furthest corners of the country, to remote areas,” she says. “We live in a very patriarchal society. For a long time women and girls were socialised to be seen but never heard. This has led to a number of issues, including little or no education, which has a ripple effect on the lives they will lead.”

Akili Dada has built a network of mentors who volunteer their time and expertise to train and guide young girls. They include university students, CEOs, entrepreneurs and professionals from different fields.

Akili Dada also runs job preparedness workshops to equip young women with the skills they require to successfully seek, gain and retain employment. In an already competitive market where many graduates struggle to find jobs, Kagwiria says such training is essential to help women navigate the job-seeking process and connect them with prospective employers.

“Due to high unemployment some people assume being given a job is a favour. As a result they under-negotiate themselves during talks on salary. We tell our young graduates that as an employee it is their right to be properly remunerated.

“Sometimes when I interview young women and I ask them how much they want to be paid, they either can’t name a figure or quote very little money compared with what they really should be earning.”

Graduates are also taught a strong work ethic, an attitude of service, and how to overcome self-doubt which can hinder career growth. In addition they are encouraged to practise leadership within their communities by identifying challenges and implementing projects to bring about change.

“We believe leadership is not limited to the wealthy and political class. We have also been misled by the notion that leaders are born. Leadership can be learned and practised. Whilst education is important, I think girls and women who did not get the chance to pursue high school and university education can also be leaders. We are finding ways to reach to such people because it is obvious that you don’t have to be an A student to be a leader,” adds Kagwiria.

Herself just 32, she believes young women can succeed in the work place by pursuing careers they are passionate about, being diligent and building a strong personal brand. “You should also not be afraid to ask for help.

“When I was an intern I would accompany my boss to high-level policy meetings on gender issues. Most times I didn’t understand what they were talking about, but would later do my research. When I needed to, I would ask questions and eventually I developed a good grasp of the issues.

Those meetings also helped me expand my professional networks,” she recalls.

In the long-run, Kagwiria says, Akili Dada hopes to see its graduates actively participate in policy and decision-making across the continent.