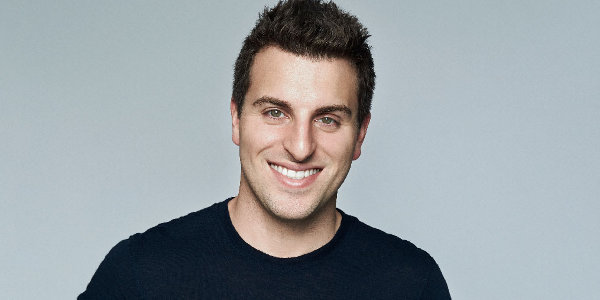 Africa’s new generation of technology entrepreneurs are devising solutions to just about every challenge under the sun – from giving farmers access to markets to alerting commuters on the state of traffic. Many dream of building pan-African, even global, companies.

But how do they grow from thousands to millions of customers? According to Brian Chesky, founder and CEO of home-rental site Airbnb, entrepreneurs should start by not focusing too much on scale.

Established in 2008, Airbnb is worth an estimated US$25bn and has been used by over 40 million people in more than 34,000 cities across 192 countries.

Speaking to a group of entrepreneurs in Nairobi, Chesky advised them to focus on building a small community of users who love the services they offer, perfect a good customer experience, and then grow gradually.

Chesky noted one of his biggest mistakes in the early days was focusing too much on growth, and becoming the next Mark Zuckerberg. In hindsight, he said he should have done things differently right from the start.

“I would have started with a perfect experience for a single person. I would have stopped worrying about what investors said. I would only focus on the people who loved it because they are the only ones who really mattered.”

To build a community of loyal customers, entrepreneurs should offer great customer service, interact with users and listen to feedback. He observed that many internet companies make the mistake of hiding their phone numbers.

“A lot of engineers do not love customer service. They think every time somebody calls them it’s because there is a defect with the product,” said Chesky. “The more money people spend the more accessible you should be.”

When hiring, Chesky advises entrepreneurs to write down core values every employee must uphold. These should be things the entrepreneur believes in and things that are unique about the company. He recounted having interviewed 50 engineers until he found one that met all the Airbnb core values.

“Everywhere you go you will feel like you are seeing people [that are] just like you [and] you will build something that will be around maybe even longer than you.”

Focus on one thing

All through the journey of building a great company, Chesky says focus is important. For him, quitting his job to start Airbnb was making sure there would be no retreat.

“I think if I had a job to go back to – it wouldn’t have been like life or death for me,” he explained. “If you believe in yourself and you quit everything else and you focus on [entrepreneurship] and you believe there is nowhere to retreat to – then I think you’ll find a path to making it work. It is more likely that people fail trying to do too many things and they do nothing well.”

Those building disruptive products or services should also expect push back.

“You should know that if you are going to change an industry, those industries are not going to go away quietly,” said Chesky.

“A lot of new ideas are misunderstood, [and] when people don’t know a lot about something they assume the worst.

“If people hate you it is often normal to ignore them, to avoid them, or to hate them back. The only real solution is to meet the people that hate you… and hear what they are concerned about.

“[Airbnb has] faced a lot of opposition. But I have learnt if you create something people love, then people will defend you, and those people are your customers.”