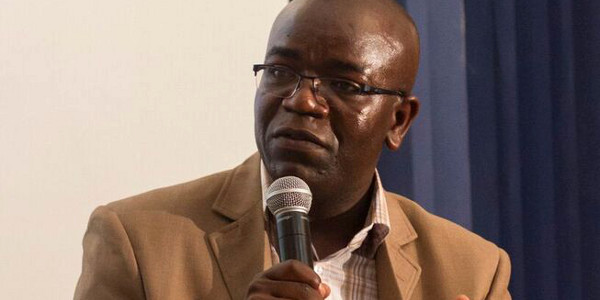 For decades, farmers in Africa have been portrayed as illiterate, old and poor. But agribusiness is gradually becoming ‘cool’, championed by wealthy public figures, and tech-savvy youth developing new solutions for the industry. Increasingly, agribusiness is being advocated as a viable career for Africa youth, many of whom grew up on farms but despised thoughts of becoming farmers themselves.

Kenyan Charles Odida has been farming since he was a youngster attending primary school. He started with growing kale, tomatoes and onions on a small piece of land his grandmother allocated him. He would deliver his produce to the school kitchen every day before heading to class. At the end of the week, Odida received his pay, which he used for leasing additional land to grow more vegetables, and later maize. Today he is a large-scale farmer cultivating maize and sugar cane.

Odida was one of the panellists at a recent event in Kenya’s capital Nairobi called ‘What’s Next AgTech’ – organised by start-up accelerator Nest – which brought together farmers, tech experts, academia and financiers to discuss trends, challenges and opportunities in agribusiness. Odida shared his experiences and offered advice to aspiring farmers.

Go beyond banks for financing

Financing is often cited as a challenge in agriculture, but Odida says there are many avenues farmers could seek financing from, other than commercial banks.

“[The] Agricultural Finance Corporation (AFC), for instance, administers a fund on behalf of Kenya Sugar Board that lends money to sugar cane farmers at a 5% [interest rate]. The terms are flexible too – the sugar cane cycle is 18 months, so the [loan] repayment is only after 18 months,” says Odida.

“I have also seen that as a young farmer surrounded by more experienced farmers, if you show your zeal they will support you. There was a time when I almost failed to plough a portion of my land. One of my neighbours asked me what my plan was and I told them I didn’t have enough finance. The neighbour offered to plough for me as a soft loan that I would repay after harvesting. So seek cheap financing options. Form your own networks – have people who can trust you with their money.”

Odida explained how he chooses what financial partner to work with based on the interest rate they charge, and the kind of project for which he wants financing. He seeks at least a 20% profit margin in every agricultural venture he undertakes.

“So if I have determined that I should make at least 20% profit, and if you are financing me at 20% interest, it ceases to be useful. But if you are using the loan as a launching pad to the next project, then you can at least consider taking an expensive financing option.”

However, Odida advises aspiring farmers not to get stuck on the idea that they need to borrow money, or have buckets of financing. According to him, financing is “overdramatised” in agriculture.

“Agriculture is the only business where every bit of capital you have is enough. If you have only Ksh.1,000 (about US$10) you can find your footing. I started with less than that, which was enough to buy seeds – I did the ploughing and weeding myself.”

“Why do you want to grow sugar cane on 150 acres of land just because Charles is doing it? Why not start with Ksh.10,000 (about $100) that doesn’t require a loan and grow over time? If you really have the passion, money will not be an issue.”

Odida might be farming on hundreds of acres today, but believes it is still possible to farm commercially on a smaller piece of land.

“What matters most is how much yield you are realising from that one acre. We have farmers out here who have 500 acres of land growing maize, for example, [making] an average yield of eight bags an acre. Then you have another farmer who is working on 10 acres and [harvests] 45 bags per acre. So it is not always a question of the size of land at your disposal, but also about effort, focus and doing everything right to optimise the yield,” says Odida.

“You can have as much land as you want, but if you don’t optimise your production, it is a waste of time.”

One way of getting things right is seeking markets for your produce way before the crop is ready for harvest. Odida used an example of maize, a crop farmers often complain about because prices fall just when they are ready to sell. Odida has cut out middlemen in the supply chain by selling directly to institutions such as schools, and investing in storage facilities.

“There are institutions in this country that require maize in hundreds of bags every single year. Their price is higher than [the official] government price,” he explains. “At the end of the year I always have a schedule of the number of bags each school has ordered. Out of the total 3,500 bags produced I am often forced to ration them.”

“Even if all you have is one acre – when you harvest, treat the maize and store it. The laws of supply and demand apply to all markets. When supply is low people come to me and ask for the maize. If you build your reputation around quality and protect yourself against post-harvest losses and middlemen, you will never complain about maize being a useless crop.”

Odida currently produces about 20 to 25 bags of maize per acre, which he considers “low”. However, his production is still higher than what some farmers in Kenya achieve. To improve his yields, he is investing in new technologies but concedes most of these are expensive.

“I cannot afford the GPS operated tractor, which I am trying to get now. If I did conservation agriculture, that would improve my yield to about 40 bags per acre. If I produced even 30 bags per acre I would bask at the beach for one month.”

He is also planning to set up an irrigation system at his sugar cane farm in western Kenya.

“It is not cheap. To do an irrigation system for sugar cane will cost about Ksh.3m ($29,000) to Ksh.4m ($39,000), and that is not pocket change. But the reason why I’m willing to do it is because I have realised I will be harvesting the 12-month cane variety in eight to 10 months, meaning my rate of return will be higher.”

Be careful where you get your information

He noted another downfall for most farmers is trusting information fed through official channels that is not always accurate. He gave the example of cheaper fertilisers promoted and supplied by government that have turned out to be ineffective in some areas.

Odida advises aspiring farmers to use inputs designed for their specific crop and location considering weather and soil types, as opposed to going for cheaper uniform products pushed by government, interested parties and even the media.

Although there are many challenges in the industry, Odida doesn’t believe farmers should be resigned to poverty.