Patrick Ngowi is the 29-year-old entrepreneur and CEO behind Helvetic Solar Contractors, a company that supplies, installs and maintains solar systems in Tanzania. Having started with an initial capital of US$1,800, the company has grown rapidly in recent years and, according to Forbes, the company reportedly made $6.8m in revenue in 2012. 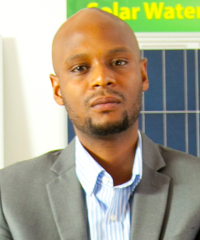 Ngowi first started his entrepreneurial journey at the age of 15 while still in high school. Mobile phone operators had only just established themselves in the country and distributors of top-up vouchers for airtime were still scarce. Ngowi started buying airtime vouchers from large dealers in Arusha and supplying his community, making a small margin on each sale.

After school he started another business supplying inexpensive mobile phones and accessories from Chinese manufacturers in the Tanzanian market and, at just 18 years old, he had an annual turnover of $150,000.

But it was during his trips to Hong Kong that he learnt about the potential of solar power, and saw the opportunity to start the Helvetic Group. Now, seven years later, he says the potential is still huge for solar power in Tanzania, and African countries in general.

“Of course, financing remains a key challenge. Recipients in rural parts do not have the capital to invest on the high initial costs.”

In 2012, Ngowi started the Light for Life Foundation to help light up rural areas. His company also launched the affordable Helvetic Solar Kit to cater to the electrical needs of rural customers. Helvetic has since sold 12,635 units.

Ngowi added that he has proven it is possible to have a social enterprise in Africa that positively benefits many lives, and still makes a high turnover.

“Age is nothing but a number, what matters is content. One should stick to what they know best; do what they know. Respect is earned,” said Ngowi when asked how he deals with discrimination in business associated with his young age.

Ngowi believes that his success has come from discipline, trustworthiness, focus, and working hard but smartly. He added that he has faced many challenges as an entrepreneur, and made a number of mistakes, and says that he often has to evaluate the decisions he makes on a day-to-day basis as a result.

However, according to Ngowi, it is the love for what he does that keeps him going through the challenges he faces. For example, when the company’s warehouse was robbed in 2009 – an event Ngowi describes as “heart breaking” – the team had to change its model and start from scratch.

“Find a passion that you can run with for the short term and long term, own the rights to it and work as hard as one can towards fulfilling your goal,” Ngowi advises other aspiring entrepreneurs. “Anything worth having doesn’t come easy.”

Ngowi’s plans for the future include building solar power plants and adopting an African expansion strategy, with which he would like to reach more African countries in the next few years.