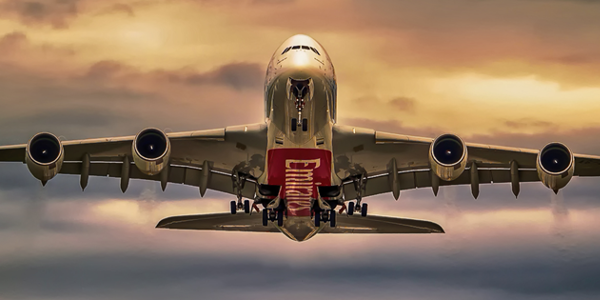 With the easing of Covid-19 restrictions, Africa’s tourism sector has started showing signs of a recovery as international arrivals begin to grow, airlines relaunch and offer new routes and increased frequencies, and international hotel chains open their doors again.

News that French hospitality giant Accor has re-opened Nairobi’s Fairmont The Norfolk after shutting down the hotel for nearly two years, as well as the Dubai state-carrier Emirates announcing plans for two daily flights to Mauritius beginning in June, are the latest signs of growing tourist interest, and a rise of arrivals in Africa.

Tourism markets in Africa are bouncing back as economies in the continent continue to relax Covid-19 rules to bolster their economies.

“The hotel and Accor regional team have worked closely together to reopen the hotel and its facilities,” said Accor Kenya country general manager, Mehdi Morad, in a notice.

Norfolk Hotel’s re-opening also highlights the resumption of international conferencing and events business in Kenya – for years a mainstay of its tourism sector.

The PrideInn Group, a local hotels chain with establishments in Nairobi and Mombasa, has not only acknowledged the impact of regional intra-Africa tourism but has seen far more tourists from Uganda, Tanzania, Ethiopia, Rwanda and Nigeria over the pandemic period. It also notes that international tourist numbers have been on the rise since last year.

In South Africa, Cape Town’s tourism destinations are also abuzz with the latest figures showing a return in travellers’ confidence.

“We are seeing clear and exciting indications of a recovery in the tourism and hospitality sector in the Western Cape, after taking a significant knock due to the Covid-19 pandemic and the subsequent travel restrictions,” said Western Cape provincial minister of finance and economic opportunities, David Maynier.

In late March, South Africa dropped mandatory negative Covid-19 results for inbound travellers who are fully vaccinated, with the easing of the rules seen to boost tourism and economic activities in the country.

The resumption of international flights, both within and to/from the continent, has also intensified.

From 9 April, Emirates Airlines has begun offering nine weekly flights to Mauritius using a Boeing 777 as it prepares to change equipment to use Airbus A380s, for its double daily service to tap into bookings in the island nation.

“Emirates’ second daily flight will provide an important boost to tourism to the Indian Ocean destination which has now relaxed entry restrictions for travellers,” said the airline in a statement.

The Dubai-based super-connector said additional flights will also offer customers looking to travel to Mauritius from markets across Europe, the Americas and the Middle East more choice in flight timings and seamless connectivity.

According to an African Airlines Association (AFRAA) March 2022 update, a significant number of African airlines have opened international routes that did not exist pre-Covid-19, while others have re-opened most of their previous routes, in anticipation of a larger flow of tourists and business travellers.

Intra-African connectivity reached 80% of its pre-Covid level by December 2021.

UNWTO World Tourism Barometer data released in March 2022 shows international arrivals in Africa grew to 18.5 million in 2021 from 16.2 million in 2020. While this represents a 4.4% rise, it is still 76% lower than 2019 figures of 68.2 million. However, positive prospects in the airline industry have been recorded by International Air Transport Association (IATA) whose data shows African airlines had a 69.5% rise in February passenger traffic compared to 2021 figures.

In January, year-on-year traffic was just 20.5%, indicating the potential for a sustained recovery.

“The recovery in air travel is gathering steam as governments in many parts of the world lift travel restrictions. States that persist in attempting to lock out the disease, rather than managing it, as we do with other diseases, risk missing out on the enormous economic and societal benefits that restoration of international connectivity will bring,” said IATA’s director-general, Willie Walsh.