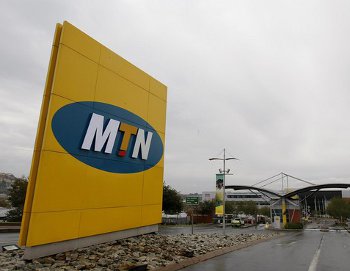 South Africa-based telecommunications group, MTN, has been identified as one of the 40 African challengers.

“The African economy is overshadowed by Asia to the east and, to a lesser degree, by South America to the west. Over the last decade, however, Africa has begun to emerge. Hidden in plain view, scores of African companies have been competing and rapidly expanding in the global economy. Their ambitions may be larger than their revenues, but collectively they are making a mark,” the report states.

“There are certainly many more than 40 noteworthy African companies, but we wanted to highlight a relatively small number in order to understand their specific strategies and challenges and the evolution of African capitalism.”

The 40 African challengers range in size from US$350 million to $80 billion in annual sales; they all display strong growth, an international footprint, and ambitious plans to further expand overseas. Three countries of origin dominate the list: South Africa (with 18 companies), Egypt (with 7 companies), and Morocco (with 6 companies).

The 40 African challengers are:

About 70 companies met the above requirements. They were then examined with respect to the following factors: revenue; one-, five-, and ten-year growth rates; cash flow; leverage ratio; and level of globalisation as defined by exports, foreign-based employees, foreign assets, and foreign acquisitions and partnerships. The companies chosen as challengers were those with the most dynamic international presence. When there were two strong companies from the same country within a single sector, only the leader was selected in order to increase the list’s diversity.

The 40 challengers have been divided into the following five groups:

Exporters The majority of sales for companies in this group are exports, although their assets are largely local. Companies in this group are Sonatrach (Algerian government-owned oil company), Office Chérifien des Phosphates (Moroccan mining company) and Sonangol (Angolan government-owned oil company), Dangote Group (conglomerate based in Nigeria), and Al Ezz (an Egyptian steel company).

Regional players At least 10% of the assets of these companies are located outside of their home country but within Africa. Some of the 12 companies in this group are: Maroc Telecom (Moroccan telecom operator with operations in Mauritania, Burkina Faso, Mali and Gabon), Ecobank (a bank based in Togo that serves western and central Africa), and Shoprite (a South African food retailer with stores in a number of African countries).

Multicontinental players Companies in this group have at least 10% of their assets outside Africa. Many were originally regional players that expanded overseas, but others, especially those in South Africa, never built a continental business. This group consists of 17 companies with nearly $100 billion in sales. Banco Africano de Investimentos, the leading Angolan bank, has expanded into Europe and, more recently, Brazil. Orascom Telecom, based in Egypt, has operations in Bangladesh, Europe, the Middle East, North America, North Korea, and Pakistan. Bidvest Group, based in South Africa, is an international trading and distribution company with more than 100,000 employees. Aspen Pharmacare, also based in South Africa, has become the largest generic drug maker in the southern hemisphere.

Global players The three global players have more than one-half of their assets outside of the continent and are a global sales presence. These companies, all founded in South Africa, are: Anglo American (natural resource company), SABMiller (one of the world’s largest brewers) and Old Mutual (a financial services company).

According to the report, the African challengers share several characteristics that have allowed them to prosper. These are:

Native advantages Africa’s local business advantages such as abundant natural resources, cheap labour and a fast-growing population have allowed these companies to prosper.

Beneficial market environment They enjoy a beneficial business environment that includes market deregulation, national economic development policies and commodity prices that, for most of the past decade, have been rising.

Challenger mindset They have a willingness to be bold and to recognise that a challenging economic environment is an opportunity to be creative and expand globally.