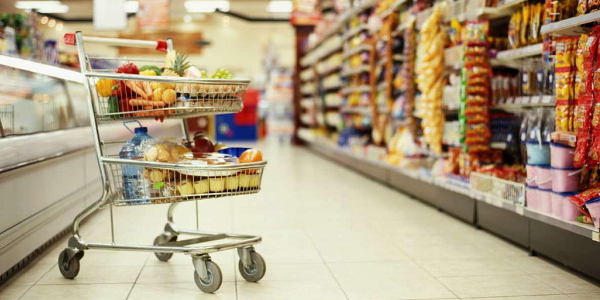 Below is an extract from the London Stock Exchange Group’s Companies to Inspire Africa 2017 report.

Amid continued uncertainty in global oil and commodity prices, and its adverse impact on the extractive industries in many African countries, the continent has turned to other areas to support its ongoing economic growth. One such industry is the fast-moving consumer goods (FMCG) sector.

However this is a precarious and complicated industry and its success is threatened by an uncomfortable trinity of financial and political instability, poor supply chains and the difficulties posed by counterfeiters. In this article, we examine the various issues facing the FMCG sector in Africa, and the opportunities that exist for potential investors should these risks be mitigated.

Whilst economic growth rates across Africa have accelerated over the past decade (GDP growth per capita has been approximately 2% per annum since 2000, according to the World Bank) this expansion has slowed significantly in recent times due to the continued decline of oil and other commodity prices, as well as weakened demand for natural resources from China and the strengthening of the US dollar.

The resulting impact on the FMCG sector is manifold and complex. On the one hand, falling oil prices mean that oil-importing countries, like Kenya and Tanzania, have experienced lower inflation and increased consumer purchasing power, leading to a rise in the demand for FMCG goods. Indeed, the World Bank’s Global Consumption database forecasts household expenditure on FMCG goods in Kenya to increase from US$23bn in 2010 to $37bn in 2020. However, elsewhere the weakening of local currencies, particularly the South African rand and the Nigerian naira, has hit consumer confidence and had a knock-on effect for a sector which relies on high sales volume to counter low profit margins.

Inextricably linked with the causes and effects of the commodity slowdown, are the local and regional geopolitical environments which can also place limiting factors on the FMCG sector.

At a local level, investors must be aware of domestic product protection regulations, which can often be stringent. For example, only certain types of pasta can be imported into Nigeria, and South Africa has had well-publicised disputes over the importation of Brazilian and American poultry. Awareness of varying government restrictions and tariff regimes is therefore essential for inbound companies, as is an appreciation of the corruption risks which can be attached to import processes.

In addition, regional stability, while generally less volatile, can influence the pricing and availability of supplies and, in turn, affect the volume of achievable sales.

Difficulties in the supply chain and distribution lines, both locally and cross-border, are among the most serious challenges faced by companies operating in the sector.

The transportation of raw and market-ready goods is often problematic due to the poor distribution infrastructure, and FMCG companies can face great difficulties in finding a strong route to their identified market. Across the continent, urbanisation rates have soared, and the physical infrastructure is not in place to support effective local and regional transportation and distribution of such goods.

Many FMCG companies have adopted Coca-Cola’s Micro Distribution Centre (MDC) model to overcome the difficulty of using large delivery trucks on poor road infrastructure. MDC operators employ locals to sell and distribute goods to retailers using bicycles or pushcarts. A well-managed and efficient distribution network, supported by safe transport routes and reliable power and communication networks, is crucial to the continued growth of the FMCG sector. Of course, this needs to be sustained by political will and regional cooperation.

An undoubted challenge to the success of the FMCG sector is the threat from counterfeiters. Popular consumer goods are prone to being copied and the sale of poor quality, fake products is a significant problem across the continent. For example, demand for cheaper spirits has created an active market for falsely-branded alcohol. As a result, international companies such as Diageo and Heineken are forced to invest additional capital to develop new technologies to combat these criminal activities.

Although this article highlights some undoubted threats, there can be no doubt that the potential for growth in the African FMCG sector is tremendous. The World Bank anticipates Africa’s GDP to increase to an average of 4.4% and 4.8% in 2016 and 2017, and part of this increase will be driven by private consumption, thereby cementing a future for the African FMCG sector. Global firms are increasingly keen to take advantage of sub-Saharan Africa’s burgeoning middle class and its high-growth populations by acquiring stakes in local FMCG companies.

Such partnerships can be highly advantageous – local companies are familiar with their markets, both culturally and practically. However, these partnerships come hand-in-hand with hazards. Choosing the wrong local partner can expose an international brand to high-stakes risks. In particular, international companies need to be mindful of the severe economic and reputational sanctions resulting from international anti-corruption legislation such as the UK Bribery Act and US Foreign Corrupt Practices Act.

While all the issues outlined above may present a daunting environment for potential investors, the future of the African FMCG sector remains positive as the number of consumers coupled with rising incomes increases. Ultimately companies seeking to enter the FMCG sector on the continent can enhance their success by having an informed awareness of the current limitations attached to distribution; the shifting political environments and the potential for economic uncertainty. If they do so, then considerable opportunities lie ahead.