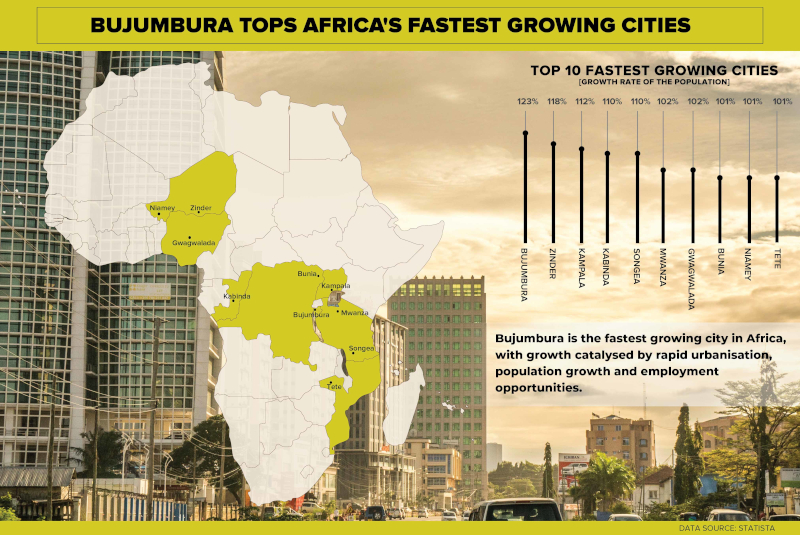 Consumer and market data portal, Statista projects its population to grow 123% to reach 2.3 million people in 2035.

It comes on the back of expanding democratic space under President Evariste Ndayishimiye who took over the reins of the landlocked state in the Great Rift Valley in May 2020.

Bujumbura currently has a population of slightly over one million, expected to more than double in the next 14 years.

As of 2021, the largest city in the whole of Africa was Lagos with other highly populated cities being Kinshasa, Cairo, and Alexandria.

By 2050, Africa’s population is anticipated to reach some 2 billion people.