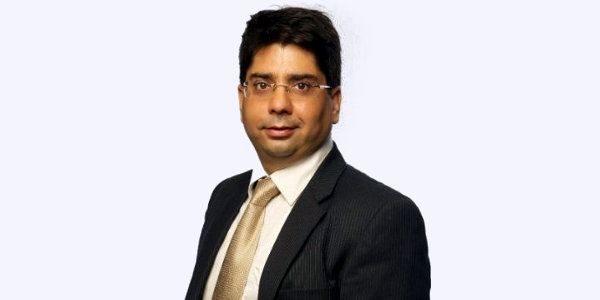 Consider the scenario: the latest Hollywood movie is being screened and the theatre is packed to the full. People are waiting outside and most are glued to their iPads and phones. There is a counter of a mobile network company selling 4G LTE plug-and-play devices, and its network reliability is as good as any of the operators in developed countries.

The shopping mall, which houses the movie theatre, is doing brisk business, and there are at least 20 people queuing in front of every billing counter. Their trolleys are full of products, mostly imported from Europe and the Middle East. The average billing value of each customer’s transaction seems to be around US$200, which is reasonably high and comparable to that of India.

The mall is full of showrooms showcasing international brands. Most of the cars parked outside are big fuel-guzzlers, unlike the smaller ones found on European roads.

The place is called The Palms – a shopping mall in a highly-developed area in Lagos, Nigeria. This kind of an environment was unheard of till few years back in many countries in Africa. In the past few years Africa has seen good growth. For example, Nigeria’s economy is now bigger than countries such as Poland, Sweden, Austria, Venezuela, UAE, Columbia, Thailand, Denmark, Malaysia and Singapore.

Last year, venture capital firms invested around $500m in African start-ups. E-commerce companies such as Konga and Jumia (Nigeria) and Takealot (South Africa) have transformed the entire e-commerce scene in Africa, similar to what Amazon, Flipkart and Snapdeal did for India.

Just like India, even in Africa start-ups are emerging around payment solutions, gaming, media and entertainment. Kenya is seeing mushrooming growth in users who use M-PESA to store money on mobile accounts and make transfers. Nigeria has already started selling health insurance through mobile phones.

Africa’s face today is not the one which people are accustomed to. Most of the countries are growing/expected to grow at a pace much higher than those even in Asia-Pacific.

The fact that there was little development in Africa has suddenly become its advantage. For example, a lack of fixed-line telephony infrastructure has paved the way for a mobile phone revolution. It is estimated that in 2015 there were 722 million GSM connections at a penetration rate of 77%, and 386 million unique subscribers at 41% penetration.

Mobile broadband connections are expected to rise from 24% in 2015 to 57% in 2020.There were 160 million smartphones in 2015 and the number is expected to reach 540 million by 2020.The global compound annual growth rate (CAGR) of subscribers was 6% during first half of this decade, but sub-Saharan Africa’s CAGR had risen 13% over the same period.

A country like Nigeria produces more movies than the US, and second only to Bollywood.

All this is making Africa an important player in the global economy. Corporate strategists need to recalibrate their risk/reward ratios in line with the latest developments. Organisations looking for newer opportunities for growth need to include Africa in their long-term strategy.

The Economist ran a cover story in May 2000 and named Africa ‘The hopeless continent’. It has come a long way since then with their cover story in 2011 being ‘Africa rising’.

Mukesh Malhotra is a finance & strategy professional, and works as VP Business Planning at ICRA Group. The views expressed are his own and not of the organisation. Email: [email protected]