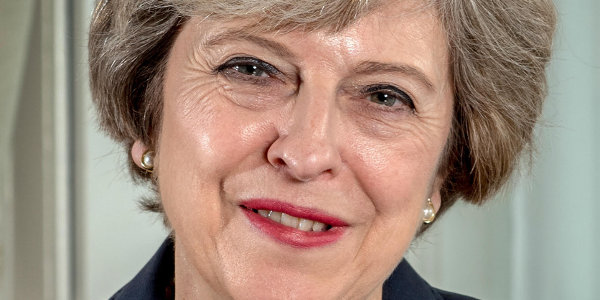 The general election results of 8 June in the United Kingdom (UK) have inflicted severe damage to Prime Minister Theresa May and the Conservatives. As a result, May’s ‘Brexit means Brexit’ has now a whole new meaning and her initial plans may be in shambles. While the European Union (EU) leaders are biding their time in the Brexit negotiations with Britain, no one knows how Brexit will eventually turn out to be. As for Africa, the many uncertainties ahead bring about many dilemmas on how its future relationship with the EU and the UK will be.

At the beginning of this year, Theresa May warned the EU leaders that ‘no deal for Britain is better than a bad deal’. With this, she threw down the gauntlet to the EU by issuing an unveiled threat that Britain was prepared to bite the bullet with a ‘hard-Brexit.’ With a slight majority in parliament, May overcame adversities like the Supreme Court verdict on Article 50 in January. Fully empowered by parliament, she triggered Article 50 on 29 March and notified the EU Council President Donald Tusk on the same day.

Facing very tough Brexit discussions with Donald Tusk, Jean Claude Juncker, European Commission President and Michel Barnier, European Chief Negotiator for Brexit, an overconfident May called for general elections on 18 April to show the EU that the UK was determined to break away. Ignoring the lessons from former British Prime Minister Harold Wilson, who said that “a week is a long time in politics,” she upped her bet and went all in. After eight weeks of campaigning, it all backfired with May even losing her majority in parliament. Had May listened to Harold Wilson’s wisdom, she would not now have been in such a weakened state, while the EU is now stronger and more united, especially after the Dutch and French elections.

While Africa is just a spectator of all these events unfolding, it is now facing more uncertainties about what will happen next. On the one hand, Africa wants to keep and enhance its relations with the EU and UK, but on the other, it must be prepared for the many uncertainties so that it does not experience collateral damage with Brexit. Since Donald Tusk has set the terms for Brexit negotiations, insisting that the UK must first discuss its ‘divorce’ with the EU before any deal, it will be wiser for Africa to avoid the wrath of the EU by discussing a free trade deal with the UK on the sideline.

In January, Theresa May announced the building of a global Britain with a ‘hard-Brexit in mind. To do so, the focus has been on the 52 Commonwealth countries, mainly former British colonies. This was eventually branded internally by the Whitehall officials as Empire 2.0. It is probably about the nostalgia for the former British Empire, but in this day and age, Empire 2.0 will be just pure fantasy. Unlike in the early 1900s when the British Empire was controlling about a quarter of the world, Britain nowadays is a fraction of what it used to be.

According to the World Bank statistics, the UK gross domestic product (GDP) in 2016 was US$2.6tn, representing about 3.4% of the global economy. Even when compared to its former colonies, the UK is no longer what it was. In 1960, versus its former colonies in Africa, Australia and India, the British economy was 2.3, 3.8 and 2 times larger respectively. Nearly 60 years later, these same countries have grown steadily and their 2016 respective GDPs have reached about 81%, 46% and 86% of the UK.

During the British Empire times, nearly half of Africa, or 24 countries, were under its control. While these countries are now independent, 18 out of the 54 African countries are members of the Commonwealth. According to UK Trade Info, UK-Africa trade is in fact on a decline from a peak of 32.1bn pounds in 2012 to 21.5bn pounds in 2016. Moreover, 74% come from its top five African trading partners, namely South Africa, Egypt, Nigeria, Morocco and Algeria. As for the UK-EU trade, it reached 382.2bn pounds in 2016 from 339.3bn pounds in 2006, with Germany, France, Belgium, Italy and Spain as its major partners in the Eurozone. Hence, it will be very unrealistic to think that a potential drop in UK-EU trade during Brexit will be substantially counterbalanced by Africa for Empire 2.0.

According to Eurostat, Africa’s trade with the other 27 EU countries reached 259.3bn euros (about 212.4bn pounds) in 2016. The same countries are the top five EU trade partners – for South Africa, Algeria, Morocco, Egypt and Nigeria, 45.9bn, 36.8bn, 34.6bn, 27.2bn and 19.9bn euros were traded respectively. This means that for Africa, its relationship with the EU is much more significant than the UK. However, although the UK-Africa trade is relatively small, representing about 10% of the EU-Africa trade, some small African countries depend significantly on the UK.

For instance, although the Seychelles, Africa’s smallest country, traded about 86.1m pounds with the UK in 2016, this represents about 925 pounds traded per each inhabitant, compared to 10 pounds in Nigeria’s case. The challenge is therefore for Africa to not only preserve its trade relationships with both the EU and the UK, but also to manage any fallout from the UK-EU Brexit negotiations.

Soft, hard or a chimera Brexit

For Africa, not only will it be difficult to predict what will happen between the EU and the UK, but also, understanding and managing the implications for the various African countries will be a major challenge. Hence, Africa faces many dilemmas. To deal or not to deal with the UK: that is the main question. To wait or not to wait for the UK-EU Brexit deal: that is another question.

The EU has many free trade agreements (FTAs) that are in place or are in the process of negotiation. For the last 44 years, the UK has mainly depended on the EU for these FTAs, and with about 20 months left since the triggering of Article 50, it looks like an impossible task for the UK to replicate all these FTAs. As a result, there may not be any FTA between the UK and Africa, leading to all African exports to the UK being slapped with tariffs eventually.

Africa must diligently follow the progress on the UK-EU Brexit negotiations to be able to strike the right deal at the right time. In January, a ‘hard-Brexit’ seemed to be May’s main strategy. After the recent election debacle, everything seems to be in complete disarray. How May will be able to face the EU leaders, when she cannot have a unified front from her own party and government for Brexit, is anybody’s guess. The worst case scenario is that another general election may be called and all Brexit negotiations will be put on the backburner. In the end, it may evolve to become a chimera Brexit that is neither ‘soft’ nor ‘hard’; that looks like the UK is exiting the EU, but in reality, it remains intertwined.

The best strategy for Africa is to adopt the same position as the EU, where all 27 other EU countries deal with the UK as one. Initially, Britain wanted to adopt its usual ‘divide and rule’ strategy from its playbook in dealing with each EU country separately. However, with the unifying force of Germany and France, a united EU front has emerged to deal with the UK. Hence, if the African Union, representing the $2.1tn African economy, can take the lead to deal on behalf of all African countries, the African continent will for once have more leverage and may end up with a winning hand against its former colonial master.

The next best option is for the African regional economic communities (RECs) to negotiate with both the EU and UK as a group during this Brexit transition. On a country basis, none of the African countries can match the UK, but African RECs may have more clout in clinching a better deal as a whole. While the major RECs like the Common Market for Eastern and Southern Africa (COMESA), the Southern African Development Community (SADC), the Economic Community of West African States (ECOWAS) and the East African Community (EAC) represent about 33.7%, 27%, 26.4% and 7.3% of the African economy respectively, the Tripartite Free Trade Agreement (TFTA), combining COMESA, SADC and the EAC together, represents about 56%, tantamount to $1.2tn.

Like during the British Empire days, one should not be surprised that for Empire 2.0, the UK will adopt its usual ‘divide and rule’ strategy in dealing with Africa. As a result, African leaders should be reminded of the African saying umoja ni nguvu, utengano ni udhaifuni (unity is strength, division is weakness). However, history has an uncanny ability of repeating itself and only time will tell how it will eventually be.

Richard Li is a Singapore-based Partner with Steel Advisory Partners, a management consulting firm that serves clients across industries. Having spent his working career in strategy consulting, he worked with various global clients and covers themes such as Corporate Strategy, Transformation, Digital Innovation and Risk Management. He can be contacted via the Steel Advisory Partners site. This article was specifically written for the NTU-SBF Centre for African Studies