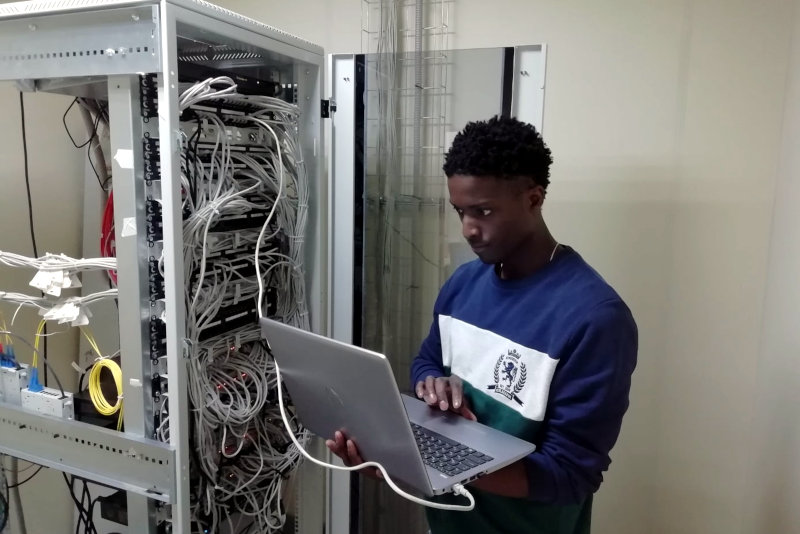 Africa is poised for a data centre boom as internet penetration rates rise and the continent begins to play catch-up with other regions.

For the time being, Africa accounts for less than 1% of the world’s co-location data centre supply, with South Africa accounting for the bulk of the continent’s capacity. Co-location facilities rent space, power and cooling to enterprise and hyperscale customers; they also offer interconnection enabling businesses to scale at low complexity and cost. Customers in Africa are increasingly using data centres to access public cloud-based services from hosts like Amazon Web Services (AWS), Microsoft and others.

We expect to see a substantial wave of data centre investments materialise across the continent, led by regional economic powerhouses including South Africa, Kenya and Nigeria. Other markets, including Ghana, which are attracting investment from big US tech giants like Twitter and Google, are increasingly seeing interest from data centre investors. Other secondary markets of interest include Uganda and Côte d’Ivoire, while interest in North Africa is also on the rise.

This inflection point is being partly driven by advances in connectivity and data consumption, particularly as smartphone penetration rises in Africa. In fact, the Middle East and Africa, is projected to be the fastest growing region in terms of internet user numbers in the years ahead. The region will also lead in the growth of devices and connections per capita.

As broadband penetration increases, download speeds are also rising at a rapid rate, and this is boosting data consumption. Further, new undersea cables to the continent, including Google’s Europe-Africa cable named Equiano and the 2Africa cable from a consortium including Facebook, China Mobile, MTN and others, will significantly increase broadband capacity and fuel the need for local data centres.

Additionally, the ongoing adoption of cloud technologies means more companies, particularly in the manufacturing, financial services and healthcare sectors, are moving their data and processes offsite and into third-party data centres. Cloud computing offers compelling cost advantages, amongst other benefits.

Meanwhile, the global shift towards hosting data closer to where it is ultimately consumed – driven by data protection regulations and the need to reduce latency to better enable content streaming and other functions – will further incentivise investments in the region.

Another important driver is Africa’s IT outsourcing market. The continent’s fast-growing economies, relatively low labour costs, and improving IT infrastructure makes it an increasingly attractive region for outsourcing. As a result, sub-Saharan Africa’s software developer communities continue to show strong growth, with Kenya, Nigeria and South Africa leading the way.

After doubling in the four years to 2020, Africa’s multi-tenant data centre co-location supply is expected to grow by a further 25% by 2023, according to Xalam Analytics.

And despite its head-start over the rest of the continent, we believe the South African data centre market still has significant room for growth.

With its relatively high internet penetration rates, demand for co-location capacity will continue to rise fast. The country also remains a data centre hub for the broader region, thanks to its relatively advanced internet infrastructure and other advantages. Many sub-Saharan African and international companies are investing in the data centre market in South Africa.

After growing more than threefold in the four years to 2020, South Africa’s co-location supply is expected to rise by another 67% by 2024, according to Xalam Analytics. Growth is being driven largely by global cloud and internet content players.

Meanwhile, we expect that telecommunications groups, which still own a large share of Africa’s data centres, will follow the lead of their global peers in repurposing these assets so that they can cater to external tenants. This trend has already begun, and will boost co-location capacity further.

To facilitate the expected growth of the data centre market, African nations and companies will need to continuously invest in the requisite technical skills. This provides the continent with an opportunity to grow its workforce and invest in future-fit skills and capabilities.