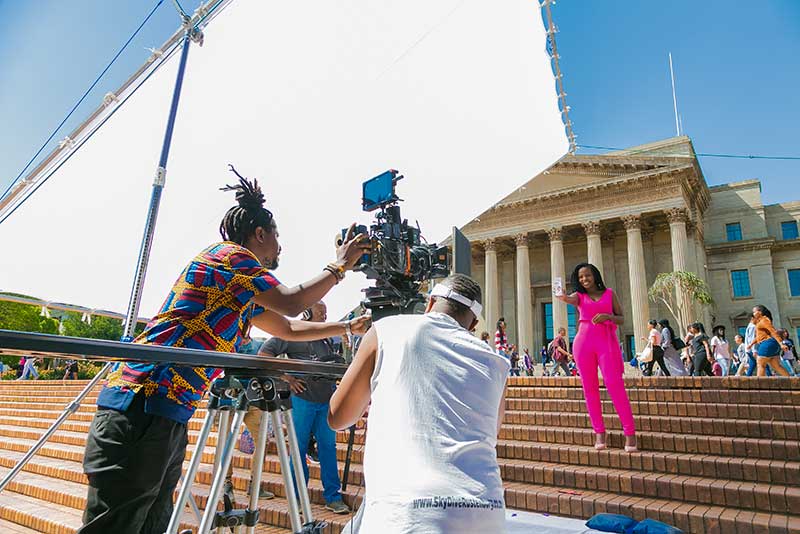 Behind the scenes of a TV commercial film set on location at a university campus in Johannesburg, South Africa. Photo: Sunshine Seeds/Shutterstock.com

Africa’s potential as a creative powerhouse is huge.

What do Disney’s The Lion King and bottled water have in common?

When he was a young boy, Ibrahim became so fascinated by a flickering TV ad for bottled water he began dabbling in design. Years later, a viewing of Disney’s 1992 now classic The Lion King sparked his interest in animation and movie making.

“I was surprised to hear some Swahili (widely spoken in East Africa) in the Disney movie and it really captured me and got me into animation,” Ibrahim said.

He developed and nurtured his passion while studying animation in England, learning to code on long bus rides, and picking up other related skills by watching YouTube videos.

Ibrahim’s persistence – and that of his colleagues at Kugali – paid off spectacularly in 2019 when the company signed a landmark deal with none other than Walt Disney Animation Studios itself. Together, Kugali and Disney Animation will bring an Africa-themed animated sci-fi series, Iwájú, to the Disney Plus service in 2023.

“When I was young and told my mom I was going to study animation, I could tell by her face she was worried,” Ibrahim said. “But it’s amazing when you take a risk, and it pays off. That’s what happened with this project. The odds were not in our favour, but it has worked out.”

In Africa, the plight of the artist can be particularly harsh. A lack of investment in the arts, scant public sector involvement, fragmented markets, distribution difficulties, and the bane of copyright pirates conspire to thwart the dreams of even the most determined musician, writer, designer, or movie maker.

And yet, Africa’s potential as a creative powerhouse is huge. The continent already boasts the planet’s youngest and fastest-growing population (it is largely the young who fuel the creative sector) and by 2035 sub-Saharan Africa will have more working age people than the rest of the world combined.

An exhaustive UNESCO study of the global cultural landscape estimated that 2.4 million people were employed in the creative industries in Africa and the Middle East in 2015 and that the sector achieved $58 billion in revenues.

Those numbers have most likely climbed over the past six years, especially now as the industry builds back from a Covid-induced break on live performances and events.

Even today there is no shortage of African creatives seizing the global stage, including Nigerian singer Burna Boy, Senegalese fashion designer and filmmaker Selly Raby Kane, and Egyptian filmmaker Hayat Aljowaily, to name only a few.

Private investors and development institutions, including the International Finance Corporation (IFC), are recognising the growing strength – and future promise – of Africa’s creative industries.

“The confluence of the Covid pandemic causing people to want more at-home entertainment and the rapid growth of streaming services are speeding the rise of Africa as a global creative force,” said William Sonneborn, IFC senior director overseeing investments in disruptive technologies and funds. “IFC is taking note and I suspect we will be announcing one or more investments in Africa’s creative sector that is integrated with tech in the coming quarters.”

Back in 1966, when the Beatles and Bob Dylan were topping the pop charts, a young Senegalese writer and director was also making cultural waves.

That year, Ousmane Sembène, a father of African cinema, premiered his first movie, La noire de … (“Black Girl”), which follows a young woman who moves from Senegal to France and explores themes of race and class.

The low-budget, black-and-white movie was one of the first from sub-Saharan Africa to receive international acclaim (it won France’s prestigious Prix Jean Vigo), inspiring young storytellers across the continent.

Much has changed in Africa – and for Africa’s movie makers and other artists – in the 55 years since the movie’s release.

Today, Nigeria’s Nollywood is a multi-billion-dollar industry that produces roughly 2,500 movies a year and employs hundreds of thousands of people. Nollywood’s enduring success has also proved that Africa’s creative products are both valued – and valuable. 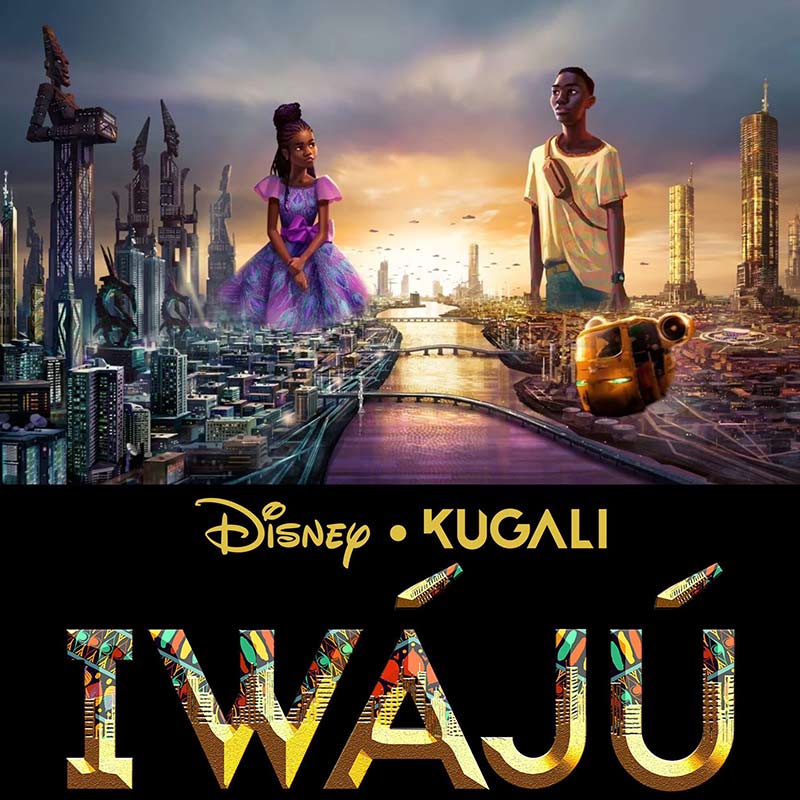 Meanwhile, Netflix and Amazon are all available in Africa, a massive entertainment market where there is only one physical theatre screen for every 790,000 people, the lowest ratio in the world.

For music lovers, Spotify and Apple Music are each available in almost 40 African countries, bringing African music to all corners of the continent – and to listeners around the world. Major record labels Universal, Warner, and Sony are signing more African talent and partnering with local, African labels as well.

Then there is Boomplay, a streaming service launched in Nigeria in 2015 that today boasts 60 million users. According to the company, roughly 70% of its streams are African content.

“The end of live shows because of Covid created new ways for people to listen to music and streaming really came to the fore,” said Martha Huro, a managing director at Boomplay. “We saw a 200% increase in streams in 2020 … and the beauty of streaming is that you can make music in Côte d’Ivoire and someone in Uganda can listen to it within minutes,” she said.

The creative industry is a broad church that also includes fashion designers, writers, graphic artists, and those working in tech. Pinning down its precise impact on Africa’s economy is difficult, though its growing influence on jobs and growth is clear. 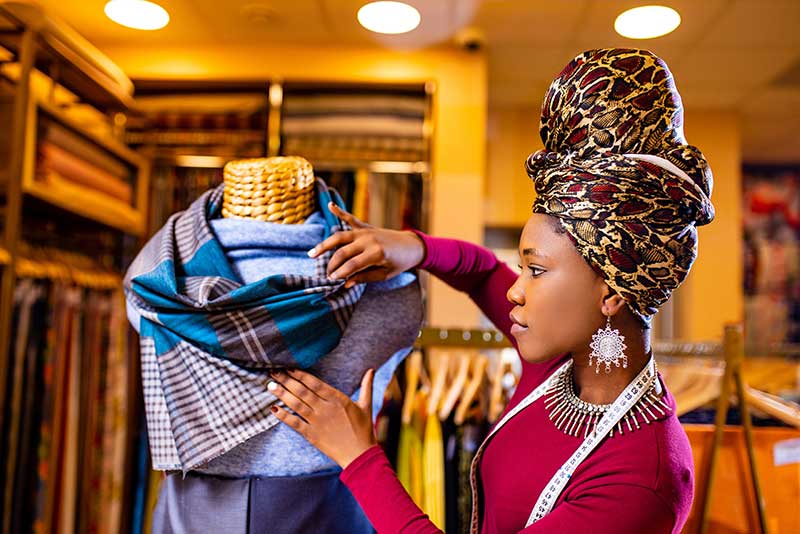 A saleswoman sets up a cotton and lace fabric showroom. Photo: Shutterstock.com

For example, revenue from digital music streaming in Africa is expected to reach $500 million by 2025, up from only $100 million in 2017, according to statistics cited in a 2021 World Bank study of Africa’s music industry.

For all its energy, excitement, and growing economic clout, Africa’s creative industries remain largely in the wings, held back by longstanding challenges.

In an increasingly digital world, Africa is playing catch-up. Data costs on the continent are among the highest in the world and connecting to wi-fi can be problematic, especially in rural areas, limiting the amount of online entertainment consumed and slowing the expansion of streaming services.

Fragmented markets, multiple currencies, and weak and expensive transport links make it difficult to trade across borders in Africa. Because of this, African artists often find it easier to perform in Europe, for example, rather than in other African countries.

Africa’s creatives also suffer from limited promotion, low revenues, a lack of coordinated strategy and national policy, and high levels of piracy that undermine everything from music and movies to fashion.

These are serious challenges. But persistent and talented artists can – and have – overcome them, including Kenya’s Sauti Sol, an Afro-pop quartet who have wowed fans and won awards worldwide with their soulful music. 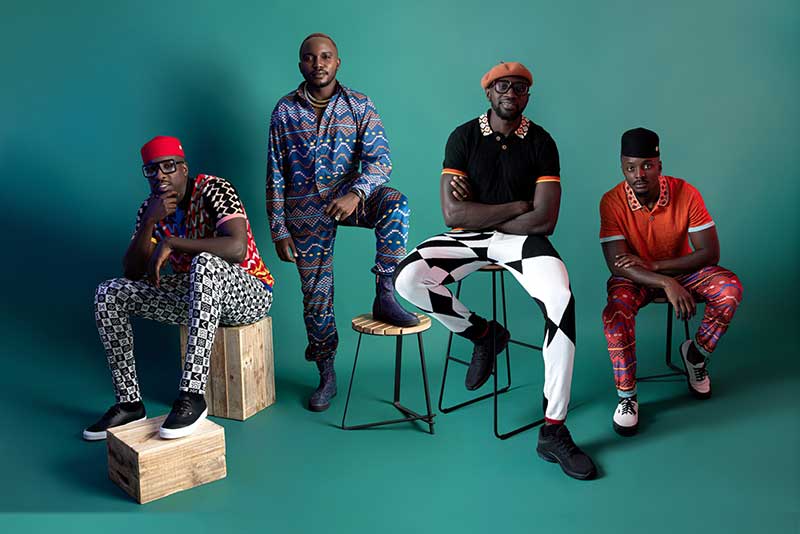 In one sense this is true: conducive policies will help solve many of the challenges Africa’s creatives face, including piracy, a lack of training and management skills, weak physical and digital infrastructure, and even a lack of start-up capital.

Investment into Africa’s creative industries is already happening, though slowly. In 2019, only about $22 million, or 1.1% of total investment in African start-ups went to entertainment companies, according to a report.

In contrast, $800 million in venture capital was invested into American and other creator economy start-ups between October 2020 and August 2021.

As investors recover from the shock of Covid, however, funding should start flowing into Africa in bigger amounts, something we are already seeing.

Ghanaian businesswoman, Roberta Annan, recently launched a €100 million Impact Fund for African Creatives. According to Business Insider Africa, grants and funding will be made available to selected fashion entrepreneurs and businesses. 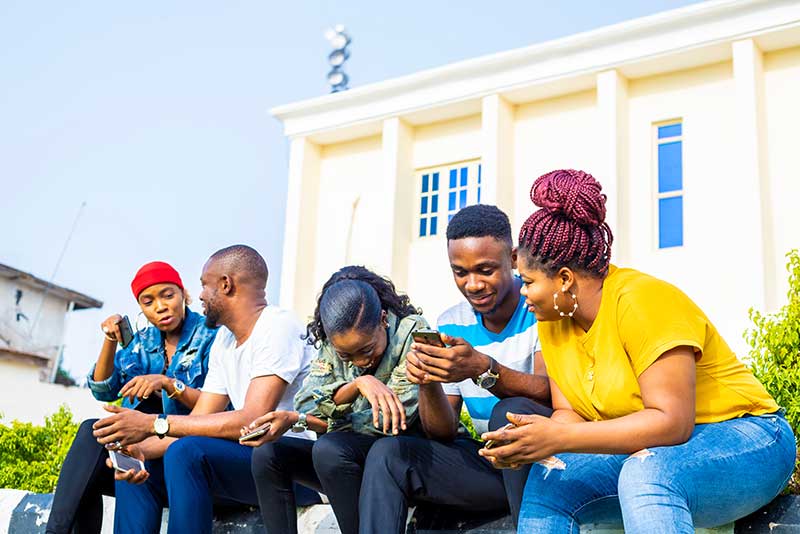 “We are seriously exploring investments in Africa’s creative space and are undertaking a mapping of the market now,” said the IFC’s Sonneborn. “There are amazing economies of scale here and we would look to help African creative companies expand and even go global. By building up the core of the industry, ancillary services will also grow, so there are exciting development and job creation opportunities as we move forward.”

Cautious investors will, of course, be attracted to Africa’s creative scene in greater numbers when they see a stronger enabling environment and as Africa’s digital and other infrastructure improves. There are good reasons for optimism on both these points.

Subsea cables, which carry almost all the world’s data traffic, are being deployed in increasing numbers to connect Africa, including by Facebook and Google, the latter of which has promised a $1 billion investment in Africa over the next five years to support digital transformation.

The African Continental Free Trade Area will create the largest free trade area in the world measured by the number of countries participating, reducing tariffs and boosting trade in both goods and services, likely including those produced by the creative industries.

Finally, there is one plum asset already in abundant supply in Africa that is proven to fuel creative growth: large cities. Big, diverse population centres are cauldrons of creative talent – think London, New York, Tokyo, Seoul – and in Africa there is Cairo, Nairobi, Lagos, Kinshasa, and Johannesburg, among others.

“There have never been more creatives in Africa,” said Baraza. “In the next five to 10 years, creative exports will be the number one export of Africa to the world …We are exporting more of our culture than we have before, but we are just starting to scratch the surface.”