Pension funds in Africa should direct more money towards local private equity (PE) firms that fund local enterprises, according to Jitesh Ladwa, CEO of Tanzania-based Mkoba Private Equity Fund. He says Africa holds billions of dollars that should be channeled into local economies rather than the continent always waiting for foreign investment. 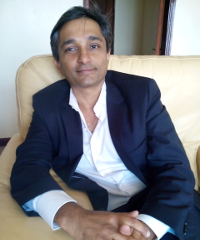 Last year a survey on pension funds in 10 sub-Saharan countries revealed assets worth a total of US$379bn. However, most of these pension funds were investing small amounts in PE due to myriad reasons including regulatory challenges.

In Nigeria, for example, a paltry 0.22% of the $26bn of pension assets is invested in private equity.

Ladwa explained to How we made it in Africa how he and his co-founders at Mkoba were turned down by foreign investors when they went looking for money to set up the PE fund. Eventually they raised money from local investors. Given the progress Africa has made in the last decade, Ladwa believes it is a “misguided effort” to wait for foreign help for everything.

“The dialogue has to change. Today we have enough money ourselves,” he says.

“Mkoba is symbolic. It is a private equity fund owned by Africans and funding Africans with African money. It shows we can help ourselves.”

Mkoba is a $200m fund that seeks to finance businesses in fast-growing countries undergoing liberalisation, and post-conflict countries rebuilding their economies. Mid this year, Mkoba will give up to 20 local enterprises between $4m and $20m with the hope it will help grow those businesses and create jobs.

“We are investing $100m in Tanzania, $30m in Zimbabwe and $20m in DRC. There are enough of us investing in our own countries and the region. But people always look at FDI, and FDI does not mean a Kenyan coming to Tanzania, it means a European coming to Africa.”

Unlike foreign investors who may have negative perceptions about Africa, local entrepreneurs have a more realistic view of the situation on the ground.

“A guy in Kinshasa is not going to leave his city because there is war. He still has to eat. He has to live. He has to build a house, improve his environment and ultimately his economy. So I think there is no risk for ourselves. [My family] is investing in DRC, in Zimbabwe, in Tanzania… we don’t consider those places to be risky.”

Any downside coupled with high returns

“I think Africa is the safest place to do business. First the economic growth is very high so investors make a good return. Second you don’t have the kind of regulatory restrictions you have in Europe, for instance. So if you are making 25% to 30% return on your money in Africa, you can take a 5% risk premium and pay off an insurance company  to cover your risk, if there is a risk,” explains Ladwa.

Although there are numerous challenges, Ladwa says Africa has experienced even tougher times in the past decades, and today it presents “more freedom and more economic growth than in any time in our history”.