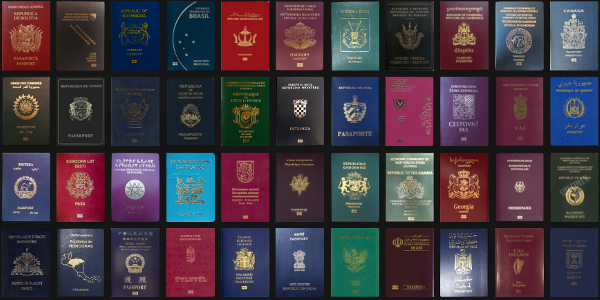 On Friday US President Donald Trump signed an executive order that barred citizens of seven nations from accessing a US visa to enter the country, effective immediately. Among these are citizens of the African countries Libya, Sudan and Somalia.

These countries already have some of Africa’s weakest passports, according to the Arton Capital’s Passport Index, which ranks national passports by how easily they can visit other territories – either without a visa or with a visa on arrival. There are only 37 countries globally a Libyan passport has easy access to, while there are 36 for Sudan and 30 for Somalia (which is ranked the country with the weakest passport in Africa and fifth-weakest in the world).

Interestingly these African countries are also some of the world’s least welcoming – meaning they don’t allow many others in visa-free or visa-on-arrival. Somalia is one of only three countries in the world that does not offer any foreign travellers hassle-free entry. Libya only allows three countries (Jordon, Turkey and Tunisia) easy passage, while Sudan admits 10 countries.

Africa’s most powerful and weakest passports

According to the index, citizens from Seychelles hold the most powerful passport in Africa, with the ability to easily access 126 countries globally.

Mauritius has the second-strongest passport (with admittance to 118 markets), followed by South Africa (90), Botswana (69) and Lesotho (66).

Both Seychelles and Rwanda are the biggest gainers in Africa, meaning their passports have strengthened the most when compared to 2016. Each now have painless entry to two extra countries. For example, Rwandan passport holders can now access 48 territories, compared to 46 last year.

After Somalia, Ethiopia and South Sudan have the second-weakest passports – both with easy entry to only 34 countries. Africa’s most populous nation and largest economy, Nigeria, also ranks poorly compared to other countries on the continent, with access to only 41 territories.

Ghana’s passport is Africa’s biggest loser, with admission to four less countries than it had in 2016.

Africa’s most welcoming and unwelcoming countries

Last year the African Union introduced a single African passport, although this is still only available to a few high-profile individuals. However, the end goal is to improve access to different African countries for the average African. Only 13 of 55 African countries offer visa-free or visa-on-arrival access to all Africans, according to the Africa Visa Openness Report 2016, commissioned by the African Development Bank (AfDB). It is actually less painful for Americans to travel within Africa than it generally is for Africans. For example, Nigerian business magnate Aliko Dangote pointed out last year that it is easier for US citizens to travel to South Africa for business than it is for him – as Nigerians have to apply for a visa while Americans are granted visa-free access.