At its core, government’s purpose is to serve its citizens. A constantly changing world complicates this simple idea with increasing global inter-connectivity, cultural and societal revolutions, and technological advancements. To keep up, governments must evolve the way they do business if they are to meet the needs of those they serve. But without similarly dynamic technology underlying its services, government will not be able to adapt quickly or economically. 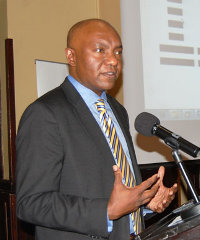 This has been one of the key drivers behind a recent push by the Kenyan government to digitise its processes. Notably, this July, Kenya became the first African state to launch an open data portal named the Kenya Open Data Initiative (KODI); allowing state agencies and citizens enhanced access to the country’s data.

Using the portal, it is now possible for parties in both private and public sector to direct resources more efficiently to areas around the country. This simple step has effectively allowed users to view different data at national, county and constituency levels. They can compare different data sets, create maps and other visualisations.

This move is informed by the fact that now, more than ever, governments must find ways to do more with less. They can thrive, despite the economy, if they shift to smarter computing systems that are designed and optimised to handle the never-ending churn of technological and societal change.

Earlier this month, the U.S. Department of the Interior released an IT Transformation Strategic Plan that outlines how the government intends to leverage technology to save up to $500 million in taxpayer dollars by 2020. Through an IT transformation, they expect to deliver better service at less cost by greatly reducing the number of data centres and servers, switching to a single email system, and transitioning to the cloud with cloud-based electronic forms and records, as well as content management.

Similarly, the Government of Kenya has outlined its own path toward smarter computing that can better meet demands and enable innovation for large-scale change, all at cost-savings.

Kenya hopes to automate all of its processes in order to boost its ability to extend efficient and effective public administration to the people. This will in turn enhance its financial management and allow for reporting at national and county level.

Within the context of the recently passed new constitution, this automation process will allow for the capture and dissemination of statistics on the progressive achievement of the Bill of Rights and social inclusion.

As it moves towards this goal, Kenya can lean on the experiences of other countries, which reveal that there are three essential characteristics that make up a successful government initiative.

Whether government agencies are distributing healthcare benefits or recruiting for the military, they cannot make quick, smart decisions, without the most relevant, accurate information. Government must collect, store, manage and secure all available data, in all forms to build a holistic, integrated vision across institutions and sectors. By analysing and harnessing information from all aspects of society, government can better collaborate internally and with public and private partners to improve existing services and pioneer new ones that improve the way we live.

For example, Nigeria’s Cross River State government depended on mass registration of citizens for new programmes that are working to significantly reduce infant and maternal mortality by providing free health services to pregnant women and children. To deal with the large amount of registration information, they built a big data ready IT system that supported digitisation of all registrant data so that in the future, doctors will have fast and accurate access to medical records, helping them make the right decisions.

Tuned to the Task

Not all government tasks are the same; the IT that supports them should not be either. The mass transactional processes of a transportation system and the security needs of law enforcement each demand particular features. Government IT must support specific work, but also be flexible enough to respond to changing needs, such as normal versus peak demand. This requires aligning each component of a computing system so it can benefit from unique features.

Egypt’s Information and Technology Information Development Agency (ITIDA) works to build the capacities of local IT companies, but it had its own capacity barriers with extensive IT sprawl and aging servers that were beginning to suffer under the burden of the growing workloads. ITIDA adopted a virtualisation strategy based on simplified optimised servers that dramatically simplified the IT environment, boosting performance and access, all at an affordable cost.

Managed in the Cloud

Governments must leverage the internet for better access to and analysis of all information. This will ease internal processes and allow for more collaboration and sharing with other private and public organisations.

Cloud-enabled IT will also gives government the choice to implement services independently or through providers, whichever is most effective or efficient.

The Customs Directorate of Senegal’s Ministry of Finance in West Africa, for instance, had an import and export system limited to Port of Dakar and Dakar Airport. The Ministry built a highly tuned system that give customs officers and their partners on-line access to real-time information across all of the country’s 30 border checkpoints. With the new system, the Ministry will be able to bring on-line all of its import and export processes from across the country as well as digitise its payroll and HR processes, increasing performance by 70%, reducing power consumption by 20%, and cut operating costs by 30%.

Now is the time for governments to get smarter about IT. To succeed during times of financial austerity, governments must transition to optimised systems that leverage big data, tune to specific tasks, and provide quick and easy access through the cloud. With these characteristics, governments can work in concert with each other and the broader world to meet the growing demands of those they serve.