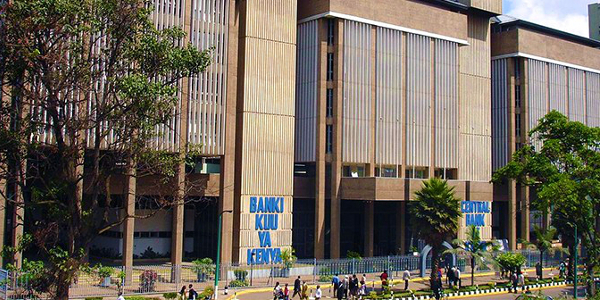 A review of the continent’s activity in debt capital markets reveals continued growth in issuance, including the evolution of new asset classes. These positive trends speak well to both the resilience and future growth prospects of Africa’s debt capital markets.

Debt capital markets across Africa’s sub-regions have remained robust despite the macroeconomic and political challenges presented, “indicating their growing maturity and depth – along with their ability to develop solutions in the face of volatility and change,” says Zoya Sisulu, head of debt capital markets for South Africa, at Standard Bank.

In Kenya, for example, structural challenges, including two banks placed under statutory management in 2016, saw investors move out of corporate bonds to the perceived safety of government paper and tier one banks. Similarly, in response to local growth concerns and increased political uncertainty in South Africa, issuance in the country’s debt capital markets was largely focused on high-quality deals on well-known credit, given the increased risk aversion.

As sentiment improved in the course of the year, liquidity increased significantly and even saw some compression in spreads. The depth of the South African market also attracted a number of non-South African domiciled issuers seeking to access the local bond market through inward listings. These included institutions such as the International Finance Corporation raising ZAR bonds for local project funding and the Republic of Namibia raising a sovereign ZAR-denominated bond for ongoing deployment in the country’s infrastructure development programme.

In West Africa, Nigeria’s debt capital markets were characterised by volatility driven by increased inflation, high interest rates and low liquidity arising from a drop in global oil prices and depreciation of the naira. In response, the value of bonds issued in Nigeria in 2016 dropped by 20% – to US$2.9bn, compared with $3.7bn in 2015.

A significant corporate issuance, in one of Africa’s largest economies on the other hand, saw Stanbic IBTC Capital Limited assist Lafarge Africa PLC to raise NGN 60bn ($190m) in the Nigerian debt capital markets. This was a landmark issue in Nigeria as it represents, “the largest bond issuance by a corporate in the country – successfully raised in a particularly challenging liquidity and interest rate environment,” says Kobby Bentsi-Enchill, Standard Bank’s head of debt capital markets for west Africa.

For example, Tanzania’s National Microfinance Bank Plc issued a $19m three-year senior and unsecured fixed rate retail bond taking advantage of the substantial liquidity with retail investors. In Namibia and Zambia, issuance continued to be driven by the financial sector. A highlight in the Namibian market was the International Finance Corporation’s debut bond, pricing at par to the government curve. Also, despite a volatile interest rate environment in Mozambique the $4.4m Bayport transaction marked the first corporate issuance in the country.

Changing regulation was also a common theme across the African debt capital markets landscape this year, and will continue to define responses going forward.

Opportunities around interest rate capping, for example, could see innovation in Kenya’s debt capital markets as corporates seek to hold loans in bond format. This is especially so in Kenya’s financial services sector where, “banks will need to get smarter about increasing returns on their loan books and repackaging structures will likely get them rate flexibility that is required to properly assign risk to counterparties,” says Wegoki Mugeni, head of debt capital markets for east Africa for Standard Bank. Regulatory changes around capital requirements in Uganda and Tanzania are also expected to drive opportunity in these two markets.

Similarly, in South Africa, banks have been key drivers of issuance volumes in response to the implementation of Basel III regulations, much of this historically focused on Senior and Tier ll funding. Further developments in this sector include Alternative Tier 1 Capital. Alternative Tier 1 notes are a key instrument in regulators’ post-crisis bail-out regime. They seek to impose principal losses on creditors during firm-level financial distress. “The idea is that this should happen outside the normal bankruptcy process, and, in theory, without recourse to the public purse,” explains Sisulu.

In Nigeria, regulation has driven the growth of the country’s debt capital markets over the last decade. “Regulatory changes, including pension fund reforms, have seen significant growth in assets under management as pension funds benefit from increased participation from pension fund contributors,” says Bentsi-Enchill.

Specifically, in 2012, the Federal Government of Nigeria exempted bonds from withholding tax on interest income, making investments in bonds more attractive. In addition, assets under management of pension funds increased from $9.5bn in 2012 to $19bn in September 2016. That said, corporate bond issuances in Nigeria still only accounted for just over 7% of total issuances in 2015 and 2016 with the Federal Government of Nigeria remaining the primary issuer of bonds.

Looking forward to 2017, government and banks are expected to be the biggest drivers of new debt capital market activity in Africa going forward.

“In Kenya, for example, Standard Bank expects requirements for longer term, local-currency-denominated financing structures for power, infrastructure and utilities projects to drive growth in the capital markets,” says Mugeni.  “Additionally, market changes such as introduction of over-the-counter trading for fixed income securities should increase secondary market liquidity, something which has been conspicuously absent for corporate paper.”

Over the longer term, Standard Bank also expects infrastructure build programmes, as well as major capital projects in water and energy, to drive innovation and activity in South Africa’s capital markets. “There has been much discussion in the market around facilitating the development of the project bond market given the massive infrastructure requirement in the country – particularly in the water and renewable energy sectors,” says Sisulu.

In summary, Africa’s rapidly growing and deepening debt capital markets have met the challenges of 2016 with both resilience and innovation.