In a confirmation of the opportunities that east Africa’s growing middle class offers, private equity firm Emerging Capital Partners (ECP) last week announced that it has invested in a Kenyan coffee shop chain. 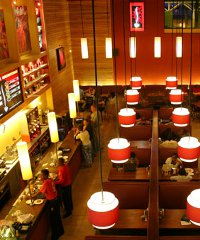 According to a statement by ECP, the investment into Nairobi Java House is the first private equity deal in east Africa’s restaurant industry.

ECP did not disclose the finer details of the transaction, but said that the capital will be used to expand the chain’s operations and the number of locations around Kenya and the broader region.

Nairobi Java House opened its first outlet in 1999 and has since expanded to 18 locations throughout Kenya’s capital city, with new branches set to open in the cities of Mombasa, Nakuru and Kisumu. The chain serves African-grown coffee alongside a full menu that includes everything from hamburgers to Mexican food.

“Nairobi’s affluent and middle class have both embraced Nairobi Java House as a high-quality, affordable restaurant destination. By day, it is frequented by business professionals for a quick snack or a meeting over breakfast, coffee, or lunch; by night and at weekends, the crowd returns with friends and family for socialising and casual dining in the unique family-friendly ambiance,” said ECP in a statement.

“Nairobi Java House enjoys an attractive positioning as both aspirational and yet obtainable by east Africa’s rapidly expanding consumer middle class and, as such, it sits perfectly with ECP’s investment thesis. We seek to back proven global business models that are being pursued across Africa and deployed to international standards. Nairobi Java House is a prime example of the success of the fast casual dining restaurant model and a reaffirmation of the growth to be found in East Africa,” commented Bryce Fort, managing director of ECP.

ECP is one of the more well-known Africa-focused private equity firms. It has been active across the continent for 12 years. The firm has made over 50 investments and has accomplished more than 20 exits in a range of sectors, including financial services, telecoms, consumer products, agribusiness, logistics, industrials, and natural resources.

The past few years have witnessed a new wave of private equity activity in Africa. “In 2007, sub-Saharan Africa accounted for 3% of emerging market fund-raising; by 2010, this had doubled to 6%. Strong growth prospects, particularly in contrast to those in developed markets, are attracting private equity capital,” says Ernst & Young in a recent report.