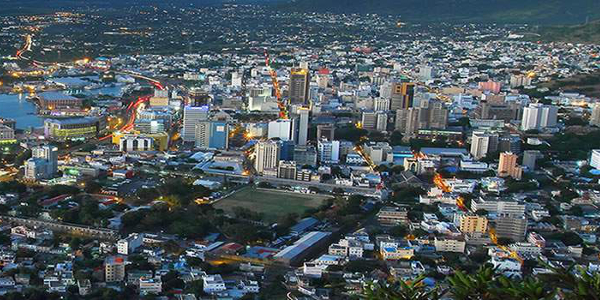 Port Louis ranks 83rd globally, and first in Africa for quality of living.

The study examines over 440 cities, and based on certain criteria, Mercer then decides which 230 make the cut. The cities are chosen and ranked according to a variety of factors, such as the political and social environment, economic conditions, education, and public services, to name a few.

This annual study is viewed as one of the best of its kind, and as such, a city’s ‘quality of living’ can be an important factor when employers consider where to assign their mobile employees.

Only five African cities are ranked in the top 100. Port Louis (83) in Mauritius – according to the survey – has the best quality of living on the continent. It is followed by South African cities Durban (85), Cape Town (92) and Johannesburg (95), with Victoria (97) in the Seychelles featuring in 97th position.

Mercer also published a second list that ranks cities according to the security and personal safety of expats and their families. Five out the 10 least-safe cities in the world are African. They are Bangui (227), Kinshasa (226), Nairobi (224), Conakry (223) and Khartoum (222).

Safety plays a big role in the decision process multinationals undergo when they consider sending expat workers abroad. These rankings can assist multinationals to fairly compensate, and provide for, employees that are placed on international assignments.

In a press release, Ilya Bonic, senior partner and president of Mercer’s talent business, expanded on the topic:

“Heightened domestic and global security threats, population displacement resulting from violence, and social unrest in key business centres around the world are all elements adding to the complex challenge facing multinational companies when analysing the safety and health of their expatriate workforces. Multinational companies need accurate data and objective methods to determine the cost implications of deteriorating living standards and personal safety issues when compensating expatriates.”