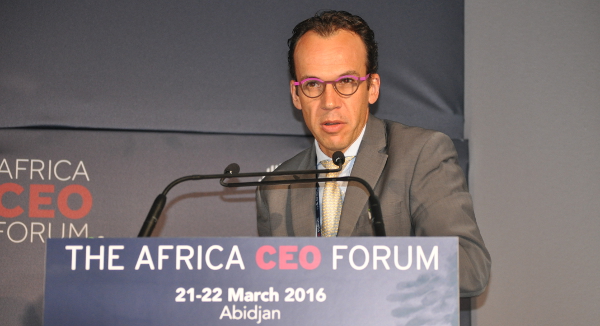 At the Africa CEO Forum held in Abidjan, Côte d’Ivoire, last week, business leaders and policy makers from across the continent gathered to discuss pressing issues around the current economic environment and what it means for African business. One of the panel discussions debated what it takes to be an “African champion” in business.

According to Martyn Davies, Deloitte’s managing director of emerging markets and Africa, a true African champion will be a company that plays a role in diversifying economies. One way of doing this would be through contributing to the development of local manufacturing and processing industries.

“We need to diversify. Companies need to assist with strategy at a state level… What is the new political economy of value-add in Africa? I think companies who figure that out will be the real, new champions of the continent – not only from a shareholder perspective, but from a developmental perspective.”

He noted that aspirant champion companies will also need to handle three key realities. The first is that Africa, generally speaking, has an unhealthy dependency on commodity exports, which has resulted in a number of the economic challenges it is currently experiencing. For example, as Chinese demand for these exports wanes, so has growth in many African economies.

The challenge will be around figuring out how to wean the continent off its dependency on raw commodities, continued Davies,

The second reality facing African companies today is local currency depreciation. “And this is a very serious [issue] that we have had in the last year or so in Africa,” Davies highlighted.

“Oil distorts economics. It distorts all business models and all companies moving into countries like Nigeria and Angola – oil-driven economies particularly – face this challenge… So in the current fiscal headwinds that many of these countries have, how do companies start to reposition according to this potential new pricing affect?”

Finally, Davies said companies will also need to recognise that the nature of growth is changing in Africa, as the end of the commodities supercycle shifts capitalist interest from resource-dependent nations towards those that have invested in developing inclusive growth. This can already be seen in countries such as Rwanda and Kenya that have experienced growth on the back of private sector investment rather than commodities.

“And those are the three major trends that aspirant African champion companies need to recognise.”