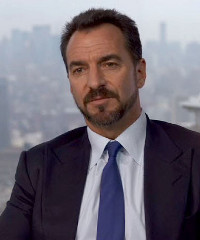 I am a believer in the long term rise of Africa, but am of the opinion that it will be neither linear nor guaranteed. There are some dangers in overstating the ‘Africa rising’ view; not the least of these reasons is because it is simply a one-dimensional mirror-image of the old, outdated view on Africa. The reality of Africa is far more complex than either of these extremes. As we all know, it is an incredibly diverse continent, with many different trajectories in different countries.

Having said that, Africa’s future is likely to depend on the success of a handful of key economies, most notably, South Africa, Nigeria and Kenya. Each of these economies has great potential, but also faces significant challenges. Nigeria and Kenya offer interesting growth prospects, supported by demographics, natural resources, as well as the growing interest of foreign investors from various parts of the world. However, systemic corruption remains a very real challenge. The terrorist threat posed by Boko Haram and Al Shabaab, however, means that long-term peace and stability in both East and West Africa is not guaranteed.

South Africa is obviously a somewhat different proposition in terms of the country’s business and financial infrastructure: its sophisticated capital market and depth of capital and management capability, sets it apart from other economies on the continent. However, public sector service delivery failures and endemic corruption are key factors holding the country back.

In the case of all three countries, leadership from both the public and private sectors will be a key determinant in whether we are able to overcome these challenges and realise Africa’s potential. From governments, we require competent, professional, capable administrators that can execute on policy. In most instances, the policy we have is fine; it does not require revision or fine-tuning, it requires execution. We require governments that focus on their basic functionality, implementing policy, strengthening public institutions, entrenching rule of law, building roads, power plants, schools and hospitals. Ultimately, we need political leaders who are true democrats, but are able to focus on longer-term growth and prosperity, rather than short-term personal gain.

Business also clearly has a role to play in providing leadership. But, we need to be clear on the line between the job of government and the job of business. Business can be a real force for good in Africa, and long-term growth and development will be largely dependent on a productive partnership between business and government.

However, business leaders clearly require social intelligence in terms of the environment in which they operate. We need to understand that we cannot be here simply to make a profit; the socio-economic dynamics in Africa are such that we must also consciously seek to maximise the broader benefits our activities can create for local economies and communities. This opportunity for growth, as well as making a significant contribution, is one of the things that make Africa such an exciting place.

Despite the challenges we face, there is good reason for optimism. In a best case scenario, and assuming active leadership from, and collaboration across the public and private sectors, South Africa’s economy will reach the US$1tr mark by 2030. Nigeria’s economy will be double that size; approximately the size of the entire continent’s economy today. Kenya will be at the centre of a functioning East African common market, in which oil and gas reserves are being responsibly exploited, with resource revenues being reinvested in infrastructure and public welfare. Angola will have emerged as another growth engine for the continent, having reformed its political system, invested significantly in infrastructure, and made strides towards diversifying its economy. Overall these and other African economies will have seen the rise of an entrepreneurial class, the spread of wealth away from political elites to an evolved middle class, and progress towards far more inclusive societies.

This future for Africa is entirely plausible, but it is not guaranteed, and will depend on reaching the high road outcome in the key hub economies. For us, navigating through the dynamics in Africa is an exciting opportunity in a world beset with challenging dynamics. In our business, we are seeing a dynamic cycle of development, investment, M&A and capital raising only beginning to take off. As we move forward our opportunity is to build a substantial and diversified Africa-wide portfolio across different markets, products and revenue streams.

The question we are often asked though is;’ When is the right time to invest?’ There are clearly opportunities in Africa today, but I foresee the real opportunity only peaking in 10-15 years. It is a chicken and egg dilemma, but for us, if we were not already on our African growth journey, we do not believe we will be in a position to reap the rewards in the future.