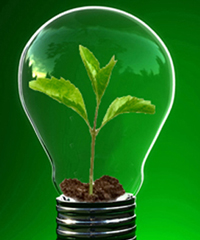 “With 2015 underway there are start-up accelerators of all shapes and sizes springing up across the continent. All that remains is for these programmes to find sustainable models for operations in African markets,” writes Tom Jackson.

The age of acceleration

Start-up accelerators are common in Europe and the United States, where the likes of Y Combinator and Startupbootcamp have emerged as leaders in the model and have offered hundreds of start-ups both equity funding and mentorship to assist them in scaling. But in Africa the concept is still very young, having only really arrived in 2012.

88mph was to some extent a pioneer, launching its accelerator in Kenya in 2012 before taking it to South Africa in 2013 and Nigeria last year. But with 2015 underway there are accelerators of all shapes and sizes springing up across the continent. All that remains is for these programmes to find sustainable models for operations in African markets.

Rwanda held its first accelerator programme last year, organised by Tigo-backed ‘think’. Cameroon’s ActivSpaces is running the country’s first programme this year. And applications are open for SPRING in East Africa, which focuses on assisting young women in poverty.

Other programmes in both Kenya and South Africa are assisting green start-ups. Applications are open for no fewer than three virtual incubators. Village Capital is running a FinTech for Agriculture accelerator in East Africa.

However finding a sustainable model remains the issue, with much debate around the topic in Africa right now. 88mph may be one example, but the fund has stopped investing in Kenya for the time being and only really saw one tangible success story in South Africa. The latest breed will be hoping that focusing on more niche subjects will lead to success.

Global giants are increasingly stepping up their activities in Africa. I recently wrote about Uber’s activities on the continent, while Facebook is also upping the stakes. The same can be seen in financial services where MasterCard is beefing up its African operations.

The opportunity for companies such as MasterCard is strikingly clear. McKinsey estimates as much as 80% of Africa’s adult population does not use formal or even semi-formal banking services. There are government initiatives underway across the continent to change this and wean their people off dependence on cash, with high demand therefore for innovative cashless solutions.

MasterCard is spreading its tentacles far and wide. In the last fortnight, it partnered with the government of Egypt to establish a “strategic collaboration” to help drive financial inclusion. The company will bring the latest payment technology innovations to market, and work with the government to increase engagement with citizens.

More substantial is the company’s deal with the Nigerian government where it is playing a key part in the rollout of electronic ID (eID) cards. Though the cards are primarily for biometric identification and aimed at tackling the country’s fraud problems, the opportunity is being taken to boost financial services as well. Through MasterCard technology, the cards double-up as bank cards, should the recipient so wish.

The company is also active in Kenya, where it has received a US$11m grant from the Gates Foundation to increase financial inclusion. It has already introduced a service that allows commuters to pay for bus fares using mobile money.

With the opportunity in providing access to formal banking through innovative solutions, I expect there will be more activity from MasterCard and competitors such as Visa as 2015 progresses.

Rwanda continues to lead the way in government tech support

Rwanda continues to earn its reputation as the country with the most supportive government when it comes to technology. The regime has made tech a key plank in its plans to rebuild the country. This has resulted in quick economic growth and increased access to technologies over the last few years.

The government has already launched a joint venture with South Korea’s KT Corporation to build the country’s first 4G/LTE network, and has been a promoter of initiatives on digital literacy and a supporter of the kLab incubator. Now, the Rwandan Ministry of Youth and ICT has partnered with the GSMA to launch a series of initiatives to increase access to mobile broadband technologies across the country.

There are a number of larger African countries with much less tainted recent histories who could do with taking a leaf out of Rwanda’s book.