How we made it in Africa interviews Sarah Alexander, president and CEO of the US-based Emerging Markets Private Equity Association (EMPEA), about how foreign investors are viewing Africa. 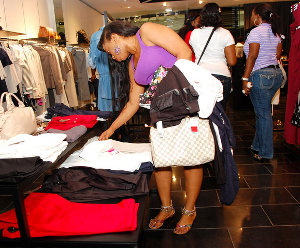 Alexander says rising economic growth rates across the continent have translated to a newfound purchasing power.

How would you describe the interest from foreign private equity players to invest in Africa?

Interest in Africa is undoubtedly on the rise. While still a frontier market in the eyes of most foreign private equity players, Africa’s strong underlying growth rates and vast natural resources combined with a large and fast-growing consumer base and greater political and economic stability are all contributing to the continent’s growing prominence as an investment destination.

This is evident by the fact that private equity fundraising in Sub-Saharan Africa experienced a notable uptick through the first three quarters of 2010 with US$1.5 billion raised, already well surpassing the full year 2009 total.

Although Africa accounts for a fraction of the private equity activity seen in markets such as China or India, significant developments currently taking place at the margins – including a growing crop of seasoned and highly professional fund managers building deep track records, the expanding scale of investment opportunities across the continent, and an improving exit environment – suggest that the region’s private equity industry could approach great heights over the course of the next few fund cycles. Indeed, while there is still limited competition in Africa relative to the other emerging markets, in some sectors, GDP growth is on a par with China and India.

Which sectors hold the most potential for private equity investment?

One of the most significant developments currently taking place in Africa is the rise of the middle-income consumer, which will have profound implications on a number of sectors from infrastructure and financial services to media and telecommunications.

Over the last decade, rising economic growth rates across the continent have translated to a newfound purchasing power for households who are not only demanding better core services in areas such as healthcare and education; they also want cell phones, cable television and internet.

Infrastructure, which has accounted for over 25% of private equity investment by value in Sub-Saharan countries since the beginning of 2009, is certainly one sector for which there will continue to be enormous demand – but going forward, we expect to see a rising number of private equity funds targeting Africa’s growing middle class across a wide variety of sectors.

What are the major risks investors need to look out for when investing in Africa?

The risks that an investor potentially faces in Africa are not dissimilar from risks found anywhere across the globe. If you are partnered with the right fund manager, then the companies in which you invest will have undergone stringent due diligence measures.

How do foreign investors perceive Africa’s judicial and regulatory framework in general?

Africa is an extremely diverse continent of over 50 countries characterised by varying levels of economic and political development. Some markets have well developed legal frameworks and regulatory regimes, while others continue to be plagued by shifting and unformed regulatory environments which make structuring deals a challenge.

The 2010 EMPEA/Coller Capital Emerging Markets Private Equity Survey showed 58% of institutional investors citing political risk as a key factor deterring them from investing in Africa, while 29% pointed to challenging regulatory and tax environments. However, industry players, including many of EMPEA’s members, argue that these risk perceptions are largely outdated. While progress on the regulatory front varies greatly country to country, investors that remain skeptical of the opportunities in the region may risk missing access to what a number of fund managers refer to as one of the best risk-return profiles among the emerging markets.

With most African stock markets still experiencing high levels of illiquidity, how easy is it for private equity funds to exit their investments?

The number of stock exchanges across Africa is slowly growing and individual markets are deepening. However, outside of a handful of exchanges including South Africa‘s robust JSE, public markets in the region remain relatively shallow, which is certainly a deterrent for institutional investors looking to allocate capital to the continent.

Private equity players in the region acknowledge a challenging exit environment, yet also report that the outlook is improving. To date, the vast majority of successful exits in Africa have been via strategic sales. A growing trend across the continent has been a rise in local companies pursuing regional strategies – and the ability of a firm to demonstrate a regional footprint makes it incredibly attractive to strategic investors. This combined with growing appetite for exposure to Africa, at both the local and international level, is driving an increase in merger and acquisition activity, which will likely continue in the near-term.