The story of the beginnings of Silicon Valley and its transition to where it is today is an example of how what seemed like adversity was transformed into something that has become a major driver of a country’s economy. 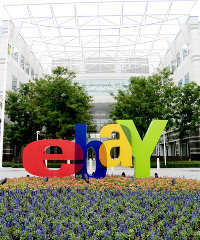 The area known as Silicon Valley in the US is located in the San Francisco Bay Area of northern California. Silicon Valley is a child of circumstance. A cash-strapped Stanford University decided to lease a portion of its land to high-tech companies whose work would be deemed beneficial to the university, as a means of raising money without having to sell any of the land.

In 1953, the first lessee, Varian Associates, moved into the first building in the now-designated Stanford Industrial Park. Companies like General Electric, Eastman Kodak, Hewlett-Packard and several others later followed.

Today, Silicon Valley is the technological hub of the US and indeed the world, as virtually all the products designed and produced by companies in this area are used globally.

Silicon Valley’s impact in our world has been enormous. You are reading this piece on a computer or a mobile device, using the internet platform on a website that has been created with software. Everything that enables you to read this post is a product of a company in Silicon Valley.

Silicon Valley is home to hundreds of thousands of well-paid employees, creating products and innovations that provide employment to many more. The multiplier spread is immeasurable. Many of the world’s billionaires, who arose from Silicon Valley, are funding foundations that research cures for diseases and are actively providing financial help for sufferers of others.

Even everyday people, who have never had any dealings with companies in Silicon Valley, have made money trading in the shares of these companies. Yours truly is one of them.

In many African countries, we have companies which are operating in size and scope of operations that are comparable to the Silicon Valley companies. However, many of these companies were started off with the sole aim of generating money for the owners and shareholders. The side of the coin which is yet to manifest is the value-added aspect. To what purposes, aside from income-generation for the company owners, have these companies gone to actually add value to the lives of Africans? What identifiable legacies have these companies left behind?

Another aspect is the issue of governments being able to synchronise resources and policies to articulate proper science and technology-driven projects similar to Silicon Valley. Well-to-do private individuals and power brokers in Africa have also not done enough to promote science and technology on the continent. Efforts at this have been non-committal and only done to serve the ambitions and interests of the select few at the top. African universities are not adequately empowered to develop industrial parks like Stanford did. Government-owned universities are grossly underfunded and private universities are more inclined towards profit generation.

If we are to really see a Silicon Valley-type transformation in Africa, there has to be more public-private partnerships and more collaboration between all stakeholders in the technology sector in properly articulating policy in this regard.

Perhaps one of the greatest lessons that Africa can learn from Silicon Valley is that it is possible for a country to take its destiny in its own hands, and build from what it has to where it wants to get to, without continuously sourcing for help from international organisations like the IMF and aid agencies. Experience has shown that the interests of these groups may not necessarily be in the same interest of African countries.

It is time for Africa to decide to impact the world. It will indeed be a great day to see the technological products of an African company being used widely in the US or in Europe.