The world is increasingly looking to Africa to meet growing global food requirements. Foreign investment in the agricultural industry is growing in countries like Ethiopia, which are deemed to have high potential. 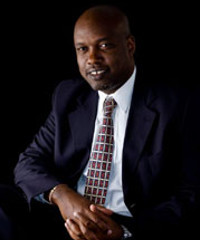 A 2013 World Bank report titled Growing Africa: Unlocking the Potential of Agribusiness states the continent has the potential to create a trillion-dollar food market by 2030.

Kunyiha says Africa has huge tracts of arable land, water and technology. What lacks, and is partly to blame for food insecurity in parts of the continent, is the right application of technology, the work ethic and vision to fully maximise the potential.

Africa could feed the world

Although some parts of Africa, Kenya included, are currently battling hunger and starvation, Kunyiha notes that Africa has the right ingredients needed to “feed other parts of the world, let alone feeding ourselves”.

“With better management Africa will be a global leader in food production. It is very possible,” he says. “If we look at Europe and other parts of Asia, the land is used to the maximum. Most of the new land available for agriculture globally is in Africa. This is the place it is going to happen. So it is about us knowing that demand and positioning ourselves.”

Originally from the UK, Cooper K-Brands started doing business in Kenya in 1906, targeting colonial farmers. The ownership of the company was transferred to local investors in 1990.

Cooper manufacturers a wide range of products including vaccines and supplements for livestock and poultry and fungicides, fertilisers, herbicides and insecticides for crops.

“Our customers are mostly commercially minded farmers because they understand the input compared with the output.”

Kunyiha attributes the company’s more than 100 years of success to innovation, strong brands, farmer connections built over decades and commitment by the firm’s leadership.

“Our corporate goal is enabling Africa to be a global leader in food production.”

Kunyiha reckons that Africa can easily multiply its production if famers adopt better agricultural practices, governments adopt better policies and infrastructure is improved to open up potential areas for farming.

“We can double, even quadruple our production.”

An end to the poor farmer narrative

Governments, and society in general, should also stop viewing farmers as “poor people”. Kunyiha argues that the tag ‘poor farmer’ has become a “permanent stamp” and it affects how governments and other stakeholders relate to African farmers.

“That thing of looking at farmers as poor people has killed a lot of agricultural development in Africa. As long you are seen to be poor, you are not seen as a participant. If you view farmers as poor, we will always think of what we can give them and not what they can produce,” says Kunyiha. “I think there is a lot of opportunity and there are so many farmers doing very well.”

Kunyiha cites the case of a young man he met recently who quit his job distributing bread in Nairobi for KSh. 200 (US$2) a day, relocated to his semi-arid rural home in eastern Kenya, and started farming.

“In the last season of tomatoes he made KSh. 2m ($23,200),” says Kunyiha. “When it rains he collects water and stores it. He has adopted an irrigation system that does not waste water. He also keeps cows for the dung that he uses as fertiliser. It was amazing looking at what he is doing in a very, very dry area.”

Although it built its name in animal-related products, Cooper recently diversified into the crop market.