New oil and gas discoveries and infrastructure developments in Africa have spurred economic growth and investment across the continent. For Africa’s engineers, the opportunities for employment and work experience have never been so great, according to Cyril Gamede, president of the Engineering Council of South Africa (ECSA). 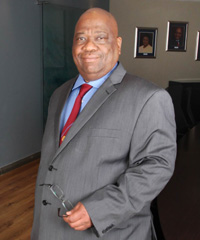 In an interview with How we made it in Africa, Gamede said that it was not too long ago that African engineers were leaving the continent to find work elsewhere in the world, as local opportunities were limited. “I think that now, with more engineering projects in Africa, we will be able to attract some back, and in fact some that have acquired international skills,” he said.

“We are working with different engineering bodies in Africa. With Namibia, for instance, the Namibian government has sort of partnered with us and we are exploring the accreditation of their engineering programmes there. So we are also trying to explore that in other parts of Africa. It is quite a sensitive matter but I think it will help in the long run.”

ECSA only recognises certain engineering programmes, such as those aligned with the Washington Accord for professional engineers. “But some programmes, let’s say from African universities, are not recognised,” he explained. “Therefore, when they come here and they want to register as professional engineers, then they encounter problems. So we are trying to unblock that to make sure that we can work together and then at some stage we can accredit some of their programmes for easier registration when [their engineers] come to South Africa.”

According to a recent study that looks at the engineering capacity needs in sub-Saharan Africa, conducted by the Royal Academy of Engineering, Africa lacks engineers with sufficient skills and experience. The survey also highlighted that there are notable levels of unemployment among engineering graduates. One of the reasons for this could be partly due to a reluctance by engineering graduates to take poorly paid positions in rural areas. “However, the predominant reason identified in this study was that engineers were graduating without the necessary skills and experience to be employable,” stated Holly Wright, the Academy’s international policy advisor for Africa.

“At the moment I would say that we do need more engineers going forward, because if you look at the crop of engineers at the moment, especially men in South Africa, mainly white male engineers, they are actually quite old. So you will find that some of them will be retiring soon,” said Gamede. “We need engineers to fill the pipeline going forward.”

“We, as South Africans especially, should keep on improving things like mathematics and science, because that is the basis of development and training of engineers,” he continued.

Gamede added that in South Africa and the rest of the continent, engineering projects usually import some of the engineers, which is not unusual in the industry.

“If you look at the Gautrain project for instance, yes there were quite a lot of South African engineers and South African companies taking part in it, but we obviously had to supplement that with some imported skills. And I don’t think that we are unique in South Africa in terms of that. Even if you go to the States and you find very large projects, they also supplement that from the international pool of skills.”

Gamede said that there are many South African engineers and engineering firms operating in Africa and benefiting from the various opportunities in the industry, which he described as very good, especially in certain niche markets.

“For instance, South African mining engineers are well regarded around the world,” explained Gamede. “So in mining activities you will find quite a lot of South Africans that do go out in Africa and participate in the mining sector. There is also construction and development in the mining sector, and therefore you need other branches of engineering, like electrical, mechanical, etc. So there are a lot of inroads in terms of mining, but infrastructural as well. You find quite a lot of them also go into Africa for infrastructure projects.”