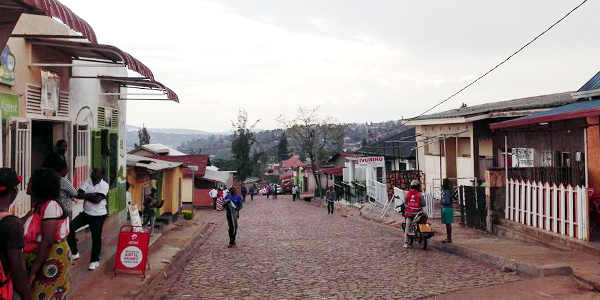 Generic references to Africa blur the contexts, opportunities, challenges and risks as they relate to individual countries and you cannot have a generic strategy for expansion into Africa, not even for a region, because “Africa is not a country”, said Priya Soobramoney, University of Stellenbosch Business School (USB) alumnus and Old Mutual’s executive head: Africa Strategic Change and Information Technology.

Soobramoney was one of the speakers participating in a panel discussion held at USB on the challenges and opportunities of doing business in Africa. She was joined by Atose Aguele, managing director of Avedia Energy; Norman Moyo, CEO of Cumii International Ltd; and political scientist and commentator, Emeritus Professor Willie Breytenbach.

Professor Breytenbach said population growth and rapid urbanisation in most African countries resulted in cities increasingly under pressure to provide adequate infrastructure and services. “Long-term projection says the new gold is agriculture. Agriculture will become so important, simply because urban masses will have to be fed,” he said.

African countries who have neglected investment in agricultural growth and development will have to urgently revisit their approach as food security is an increasing concern, exacerbated by weak currencies. Moyo added that, in addition to a focus on food security, there lies significant opportunity in agriculture for many African countries, especially in the area of organic food production where global demand is growing.

Recalling his two and half decades of doing business in Africa, Aguele highlighted that when he started working in his family business in Nigeria, most African countries were military dictatorships whereas today, even though some might be dysfunctional, most countries have democratic governments in place.

Moyo added that it is time for Africa to consider tapping the expertise of the African diaspora and finding ways to bring those expertise back to the continent. He reiterated that Africa needs good leaders to move away from the perception and pocketed reality of being corrupt, needy, dependent and slow.

Whilst being mindful of the problems, risks and challenges, agreement was reached that Africa has much to offer and has proven over the last two decades that positive change is possible, with Rwanda being a case in point.

Soobramoney used a metaphor to emphasise the resilience of Africa and its people. “When there is a storm out at sea, you don’t sit along the shoreline and feel sorry for the fish, because the fish know how to navigate the water, even in a storm. Africa doesn’t need pity, it needs action and tangible help.”