Africa has plenty to gain from the growing involvement of China and other BRIC nations in trade and investment on the continent, says Sim Tshabalala, chief executive of Standard Bank South Africa. 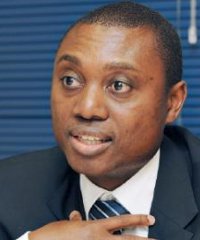 Speaking at the Value 2010 Conference convened by the University of Johannesburg today, and sharing the platform with leading academics and African business leaders including Mervyn King, Wiseman Nkuhlu and Raymond Ackerman, Tshabalala said that Africans should in fact be proud of the role they have played in creating the conditions for rising trade and investment, particularly with BRIC countries.

“Of course, our arable land and commodities have made us more interesting to a commodity-hungry world. However, we ought to ask: would Africa be benefitting as much if there hadn’t been considerable internal improvements in many African countries? Conflicts in many countries have stopped, and as a result, democracy is being entrenched, governance and fiscal discipline are improving, interest and inflation rates are reducing and trade barriers are declining. All of this is helping Africa to become more globally competitive,” said Tshabalala.

Tshabalala said that Africa needs to negotiate the best deals for itself in order to benefit fully from improving trade and investment. In his view, the current scramble for African assets is different in that Africans are now in a position to negotiate and extract the best bargains in Africa’s favour.

“State-to-state interactions, many of which are governed by international standards and practices are now commonplace. But the ultimate difference is that now, unlike then, African states have the power to decide how they stand to gain from these new partnerships, based on their own national interests and by deploying their negotiation power and skills.”

He said further regional integration would accelerate Africa’s bargaining power and competitiveness, with the main benefit being “a much larger market, which will be more attractive to investment and large scale production”. By not seeing the continent as a single market, he argued that investors risked missing the large growth opportunities on offer.

He went on to argue that: “Africa has every right to feel confident of its growing and influential role in the world economy. If viewed as an integrated region, the continent should be placed alongside emerging market giants like China, India, Brazil and Russia. Alas, it is all too often ignored. It is therefore most heartening that conferences such as this Value 2010 are being held. Africa is not often mentioned as an emerging economic giant or included in many decision-making forums, but it has a higher GDP per capita than India, and around 12 African countries have a higher GDP per capita than China.”

Tshabalala also highlighted the benefits of greater democratisation of finance, which involves innovating and stretching the provision of financial services to previously under-serviced lower-income earners to boost the economic growth of the continent.